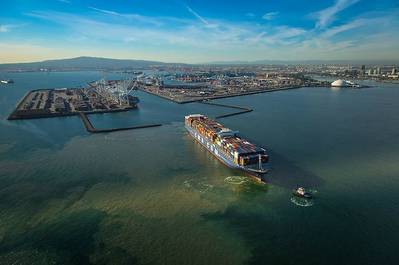 Savings from solar panels will feed thousands of homeless

As part of a Community Mitigation Grants Program, the Port of Long Beach has awarded the Long Beach Rescue Mission a $176,045 grant to install solar photovoltaic panels for electricity generation at their 1335 Pacific Ave. facility.

The Long Beach Board of Harbor Commissioners approved the grant at its March 31 regular meeting. The community grants program, designed to improve public health by lessening the impacts of Port-related air pollution, has awarded over $17 million since 2009.

The Long Beach Rescue Mission’s programs, providing food, shelter and services to the homeless, will directly benefit from the electricity savings derived from the solar generation. “The savings from the solar system will go directly to our programs,” said Robert Probst, Director of the Mission. “We are thankful to the city of Long Beach, Harbor Commissioners and the Port of Long Beach for this great solar project.”

The system is predicted by the California Energy Commission to generate 55,715 kWh a year with an average daily of 153 kWh; at 25 cents per kWh this system has a potential value of $38.25 per day. That amount can potentially feed over 30 people a day, close to 10,000 people a year. That’s over 300,000 people being fed over the 30-year expectancy of the solar system.

The Harbor Commission also awarded a $500,000 grant to St. Mary Medical Center Foundation to retrofit its two boilers, which is expected to increase boiler efficiency by 7 percent, and lower power use by about 35 percent and natural gas usage by 3.5 percent, as well as a $300,000 grant to the Archdiocese of Los Angeles for St. Anthony High School for a solar power generation system on three roofs of the campus buildings.