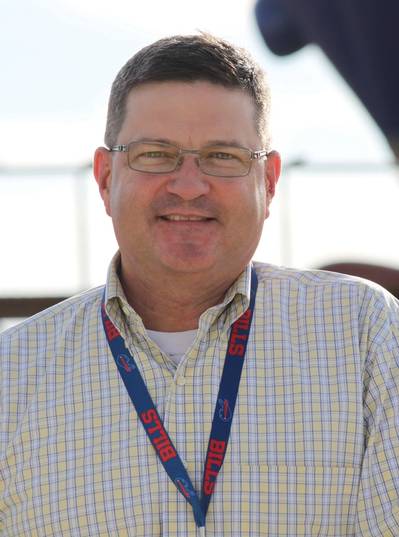 General Dynamics NASSCO started construction of another ship in its commercial shipbuilding backlog, starting construction of a second “ECO” tanker to be built for American Petroleum Tankers at a steel cutting ceremony in its San Diego shipyard. U.S. Rep. Scott Peters signaled the beginning of construction by pressing a button to cut the first piece of steel. NASSCO began construction on the first tanker in September 2014.

As part of a five-tanker contract, the new ECO tankers solidify a mutual commitment between General Dynamics NASSCO and American Petroleum Tankers to design, build and operate innovative and increased energy-efficient and fuel-saving products. Each of the five 50,000 deadweight ton product carriers will be LNG-conversion ready and will hold a 330,000 barrel cargo capacity. With a specialized ECO design, the tankers are more energy efficient and incorporate environmental protection features, including a Ballast Water Treatment System.

“NASSCO is providing our customers with some of the most energy-efficient, fuel-saving, and cost-effective tankers in the world,” said Kevin Graney, vice president and general manager of General Dynamics NASSCO. “The construction of the first tanker for American Petroleum Tankers is well underway at NASSCO and we are pleased to begin construction on a second tanker for the company today.”

The five-tanker contract will also help sustain NASSCO’s workforce of nearly 3,200 and will add approximately 300 more jobs in the near future.

The new construction and operation of the new vessels are aligned with the Jones Act, requiring ships carrying cargo between U.S. ports to be built, crewed and owned by the U.S.

Full details of the commercial and military backlog of NASSCO was recently published in the December 2014 "Great Ships of the Year" edition of Maritime Reporter & Engineering News. (digitalmagazines.marinelink.com/nwm/MaritimeReporter/201412/)