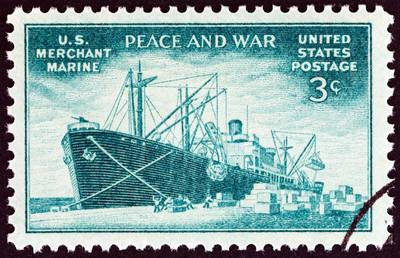 “I hold no branch in higher esteem, than the Merchant Marine…”

That is a quote from General Douglas MacArthur, Supreme Allied Commander of the Pacific in WWII. That one sentence sums up National Maritime Day. Inasmuch if it were not for our glorious Merchant Marine and maritime industry, we may not even have been a nation at all.

National Maritime Day is the day we honor our American Merchant Mariners for protecting our freedom and for their dedication to promoting American commerce together with the accomplishments of the U.S. maritime industry. Most importantly, on National Maritime Day we especially honor those fearless mariners who served during times of war and those mariners who have made the ultimate sacrifice for our Nation.

In the interest of those not aware, we celebrate National Maritime Day each year on the 22nd of May, as this was the day in 1819 in which the SS Savannah sailed on the first transoceanic voyage under steam power. It is notable because it was the first crossing of any ocean under steam propulsion, in her case via a side paddlewheel. Now Savannah was a hybrid sailing/steam ship, but it was historic for it brought about the age of the steamship and proved steam propulsion to be the future of shipping. Savannah completed her crossing some nineteen years before the SS Great Western, which was the first purpose-built steam ship to make an ocean crossing and is very well known.

The Great Western was British; but the Savannah, once again the first to cross under steam power, was purely American, operated by the American Merchant Marine and built by the American maritime industry. Let us not forget the context of history at the time. The Savannah’s transatlantic crossing was only a few short years since the War of 1812, when American Merchant Mariners were impressed by the British. As such, the United States, a country of less than 50-years old, to eclipse what was the greatest maritime nation, England, with such a significant maritime first, was quite an accomplishment for our young maritime industry and Merchant Marine. Therefore, on May 20, 1933, Congress officially enacted National Maritime Day to be celebrated annually on the anniversary of the SS Savannah’s departure. Each year on National Maritime Day, the President makes a proclamation and there are numerous celebrations and observances.

Along these lines, we should be reminded our first Navy was our Merchant Marine. They were referred to as “Privateers.” In 1776, none other than the most famous signatory of the Declaration of Independence, John Hancock, as the President of the Continental Congress, signed a bill authorizing Masters and Commanders of private merchant vessels to effect captures of British vessels along with their cargoes under the flag of the United States. A notable example was that of Joshua Barney. He was the Master and Commander of the privateer ship Hyder Ally, and he captured the British Man of War Monk. Barney was eventually given command of Monk and was later commissioned into the Continental Navy. Notably, Joshua Barney, was a Merchant Mariner first; and a hero Merchant Mariner at that in capturing British warship.

Interestingly enough, the two men who share the moniker, “The Father of American Navy,” were both Merchant Mariners. It may be a surprise, but none other than John Paul Jones and John Barry, were both Merchant Mariners first before they were Naval Officers. John Paul Jones was first a Merchant Mariner and was Master and Commander of the British brig John prior to immigrating to the Colonial United States and joining the then fledgling Continental Navy. John Barry immigrated to the U.S. from Ireland as a Second Officer, rising to the rank of Captain and was eventually the first and only Master of the U.S. Merchant Ship Black Prince before it was sold to the Continental Navy and renamed the Alfred. Of course, their naval careers are well documented, but it is the fact they were mariners first, which bears mentioning. Like all who serve in the Navy from Admiral to Seaman is a sailor; similarly all who serve in our Merchant Marine, from Master to Ordinary Seaman, is a mariner.

As mentioned, National Maritime Day celebrates not only the heroic and selflessness of the U.S. Merchant Mariners during time of war, but the entire of the U.S. maritime industry. The flag of the U.S Merchant Marine states, “In Peace and War.” Therefore, on National Maritime Day we therefore celebrate the maritime industry’s support of our economy by transporting hundreds of billions of dollars in goods and services. This of course includes the shipbuilding industry in addition to both inland and deep-sea shipborne commerce. Again, in referring back to WWII, the maritime industry constructed almost 6,000 cargo ships to bring the fire to the fight.

Sadly, due to purely political forces, our valiant WWII Merchant Mariners were not recognized as full veterans until more than forty years after the War, in 1988, when most of the veterans were at best in their late ’60s. Even more egregious was the fact on June 22, 1944, upon signing the G.I. Bill, President Franklin D. Roosevelt, stated, “I trust that the Congress will also soon provide similar opportunities for postwar education and unemployment insurance to the members of the merchant marine, who have risked their lives time and again during this war for the welfare of their country.” Tragically, this never came, and thus no U.S. Merchant Marine Veteran ever had the government’s financial support to attend college and better themselves or their children. Further, no U.S.Merchant Marine Veteran was rewarded with the privilege to use any of the veteran’s benefits (VA) such as a VA home loan, as all other WWII service members were afforded.

Finally, some recognition has been bestowed upon these heroes, albeit late as most of the WWII mariners have sadly passed away. Thanks in large part to American Merchant Marine Veterans (AMMV), and in particular one daughter of a WWII veteran, Ms. Shelia Sova; on March 13, 2020, the 75th Anniversary of the Allied victory in WWII, Congress approved, and the President signed into law the, “Merchant Mariners of World War II Congressional Gold Medal Act of 2020.”

But not for this small token of appreciation, appallingly, the travesty of not recognizing U.S. Merchant Mariner veterans of foreign wars continues to this very day. If the good citizens of the United States knew their government was still discriminating against the current U.S. Merchant Mariners in combat zones, they would be equally appalled. In what the general public is probably unaware of, most of the U.S. Navy auxiliary ships, including the ships which are a part of all U.S. Navy carrier strike groups, painted haze gray with a number on the bow, are all manned and operated by U.S. Merchant Mariners of the Military Sealift Command. These ships steam right next to the Navy warships and operate with them alongside in the war zone providing the critical underway replenishment (UNREP) operations; and UNREP is one of the most dangerous evolutions in which a navy ship will experience. This was true for this most recent war, from 2002-2010 as well as Operation Desert Storm/Sortie1991-1992. Astonishingly, all U.S. Navy personnel on these same exact ships, in which were operated by U.S. Merchant Mariners, were granted veteran status; yet the U.S. Merchant Mariners standing right next to them were once again were left out.

The U.S. Merchant Marine is known as the “Fourth Arm of Defense.” If that is the case, why not recognize these veterans of our latest wars, whilst they are still young enough to take advantage of the hard-earned veteran benefits, such as the G.I. Bill, VA medical access, and VA home loans as true combat veterans? In order to right this wrong, it will take a concerted effort by the citizenry through our elected officials. So, this May 22nd, on National Maritime Day please take a moment to remember the U.S. Merchant Mariners and those in the maritime industry for all their service and sacrifices for our country. 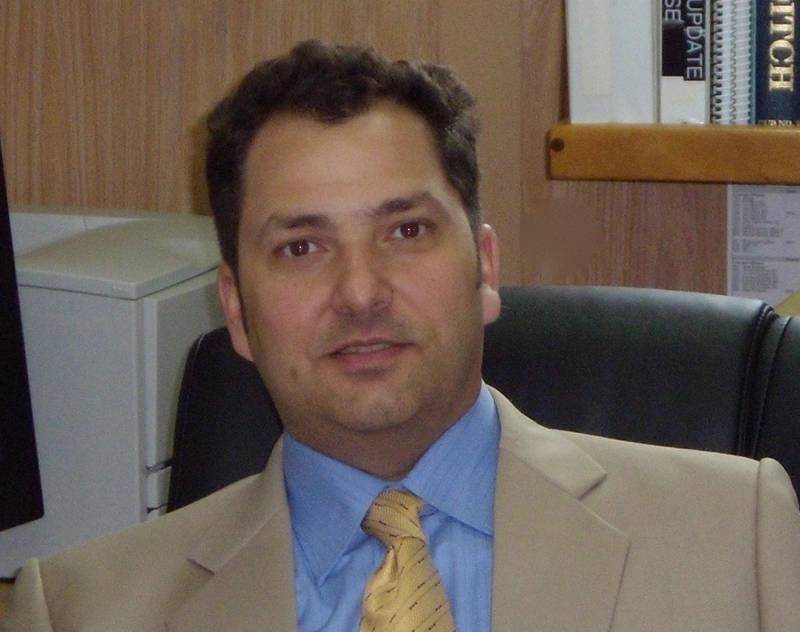 About the author: Captain Sean P. Tortora is a Master Mariner with 25 years at sea and the son of WWII U.S. Merchant Marine veteran engineering officer. During his career at sea, Captain Tortora has had Command of many different vessels including tankers, general cargo, break bulk, ammunition, ocean towing and salvage, special mission, as well as underway replenishment vessels. Captain Tortora currently serves as an Associate Professor in the Department of Marine Transportation at the U.S. Merchant Marine Academy. Captain Tortora is the author of the recently published travelogue, “Steaming to Djibouti … My First Hitch on an Underway Replenishment Ship,” published by Red Penguin Books. As well as the marine firefighting textbook, “Study Guide for Marine Fire Prevention, Firefighting, and Fire Safety,” published by Cornell Maritime Press. The views expressed in this article are those of the author and not those of USMMA, MARAD, DOT, or the U.S. government.