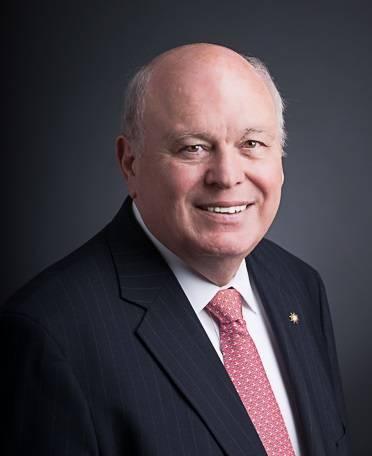 Maritime piracy is both ageless as a threat as well as ductile in its dramatically changing nature both in and around the Indian Ocean and, increasingly, in other parts of the world.

Somali piracy erupted in the western Indian Ocean and Gulf of Aden and commercial vessels transiting the area frequently fell prey to the seagoing criminals who captured numerous vessels and held them and their crews for ransom to the tune of tens of millions of dollars. Numerous maritime nations sent naval patrols to the region but this strategy only caused the pirates to change their "business model" and begin capturing vessels as far away as the Indian coastline. It wasn't until Private Maritime Security Companies (PMSCs) began to deploy Privately Contracted Armed Security Personnel (PCASP) teams aboard an increasing number of vessels transiting the High Risk Area that the problem began to subside.

Now, even as the U.S. Department of State and other hallowed international institutions recognize the fundamental importance of PMSCs, now hailed as "game changers" in the Gulf of Aden, it is nonetheless critically important that ship owners and operators carefully continue to survey what is out there in order to have the tools needed to cope with tomorrow's threats and to protect their vessels, cargos, crew members and the bottom line.

We at AdvanFort Company take great pride in the growing international recognition of our own role as "game changers" both at sea and with some of those global opinion makers whose predictions about what future threats will look like—and what needs to be done to counter them—are quickly resulting in recognized "best practices" for all of us in the maritime security community.

As we seek to navigate that future, I would like to share with my colleagues a few of the key lessons learned at AdvanFort, processes that have helped to make us a recognized leader in the field; we are pleased to be one of those—as AdvanFort's senior analyst at our Threat Analysis Center, Andrew Moulder, has written on these pages that it is "well ahead on best practices that fit snugly into the new reality."

As a growing number of clients have come to understand, only by familiarizing oneself with a company like ours does one truly appreciate why vessel owners and operators cannot afford not to hire professionals.

Perhaps our most important strategic contribution to today's debate is AdvanFort's use of Operator Support Vessels (OSVs) that rendezvous with client vessels in international waters within shipping lanes to embark and disembark privately-contracted armed security personnel (PCASP)teams. Our use of OSVs means that we transfer teams to and from client ships in an efficient manner, one that does not delay their transits.

As the owner of our own OSVs—the Ohio, the Arizona, the Virginia, the Texas, and the Alaska—by which we have created the first counter-piracy "secure corner" in and around the Indian Ocean, AdvanFort stands alone in its ability to understand the concerns of owners and operators alike, starting with how even a delay of one hour can mean the loss of huge amounts of revenue for those maritime companies engaged in international trade.

Being able to serve longer time periods at sea using OSVs is a key to a long list of major cost savings, including the elimination of mobilization and demobilization charges, something that itself delivers significant savings to those who hire us.

In addition, the greater open-sea sustainability of AdvanFort's OSV fleet translates into clients being able to get our security teams onboard along the maritime "highway," rather than causing clients to have to waste time by being forced to enter a port.

As we discuss our OSVs, it's important to draw a distinction between these vessels and the so-called "floating armories" that operate in the region. AdvanFort's OSVs support only AdvanFort operations, and have AdvanFort crews and security teams aboard along with their AdvanFort-owned weapons, ammunition and equipment. This is completely different from the "floating armories" that serve as floating warehouses for the weapons of numerous third-party PMSCs and even serve as rental platforms to lease firearms to under-equipped PMSCs ... a practice that contravenes international law.

We have found that the vetting of PCASP team members is one critically important factor. For that reason, we conduct full background investigations on all potential PCASP team members, including their military background; possible criminal and civil offenses; medical, drug, psychological problems; and a personal interview. Once they are selected, basic and in-service training becomes a top priority. All our PCASP team members receive extensive seafarer (STCW – Standards of Training, Certification and Watchkeeping) and security operator training prior to being evaluated and approved by senior officers. PCASP team members also receive advanced medical training, firearms training (ashore and at sea) and periodic in-service training as well as a refresher course whenever returning from leave.

Interaction with officers and crew is another essential and sometimes misunderstood dynamic. AdvanFort PCASP teams are trained in Customs and Courtesies relating to life aboard commercial vessels. Their interaction with the Master, Ship Security Officer and crew are a top priority. AdvanFort teams are immersed in understanding the need to have the utmost respect for seafarers and that our role is dedicated to protecting them as these undertake their jobs under trying conditions. Many senior PCASP team members are also certified as Ship Security Officers so they have a broader appreciation of shipboard security issues.

Customs and courtesies are not limited just to vessels. Adherence to port and coastal State regulations can cause real problems, and AdvanFort works closely with port. Coastal and Littoral States in the areas where it operates to ensure that client vessels meet no delays or bureaucratic issues when PCASP teams are embarked, disembarked or remain aboard during transits and port calls.

Related to this is the question of Access by clients to senior company officials. Every employee of the AdvanFort Company, from the President on down, is available to be reached by clients on a 24/7 basis to resolve any question or issue.

Finally, as Andersen asked, "As the problems that have arisen have even included the creation of disputes between countries (particularly when dealing with Rules for the Use of Force), how can they be avoided by the better selection of one PMSC over another, and what criteria for judgment need to be employed?"

Ask first, shoot later. Other companies' PCASP teams have been accused—too often to be ignored—of being trigger happy; sometimes with real and tragic result. AdvanFort teams, both through training and adherence to AdvanFort's strict Rules for Use of Force, understand that their role is defensive and they are trained to utilize all alternative strategies to deter suspected pirates prior to firing warning shots.

To paraphrase the Spanish novelist Carlos Ruiz Zafón, there is no need to complicate one's own life, as living is already complicated enough.

It is a lesson well understood by the maritime shipping community.

Captain William H. Watson is president and COO of the AdvanFort Company.