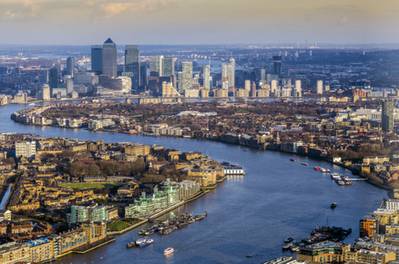 A new report jointly produced by the Port of London Authority (PLA) and Greater London Authority (GLA) says a new vision could maximize the contribution the River Thames makes to culture in the UK capital. ‘’ sets out how clear direction could make the most of the river’s cultural attractions for the benefit of the city’s population and visitors alike.

The report aligns with GLA’s priorities for promoting the city and the PLA’s wider Thames Vision, which was launched in 2016, setting out six targets for the economic, environmental and social resurgence of the river, to be delivered by 2035. Last year the two organizations jointly commissioned the consultancy Publica, produced in collaboration with BOP Consulting, to canvas the views of a wide range of river stakeholders and perform in-depth research and analysis into how the Thames could better play a full and vibrant role in the cultural life of London, including in the arts, sport, recreation, events, ecology, transportation and industry.

Robin Mortimer, PLA Chief Executive, commented: “As custodians of the river, we take pride in leading improvements in quality of life for the people who work on it, live close to it, or visit it, from near or far. Extending the rich cultural benefits of the river is integral to securing the all-round prosperity and wellbeing of the river and the capital as a whole.”