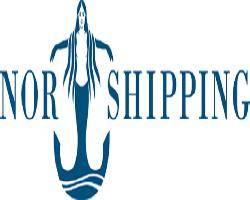 Nor-Shipping has released names of the winners of the 2011 Clean Ship and Next Generation Ship Awards. The winners were announced today at the Nor-Shipping Opening Conference on May 24, 2011.

The awards, which showcase industry excellence, were presented by Norwegian Minister of Trade & Industry Trond Giske and Henrik Madsen, CEO of Det Norske Veritas (DNV). An independent jury considered a total of 40 candidates for the 2011 awards.

The Clean Ship Award honors the shipowner and ship that has contributed to the greatest reduction of emissions to air or discharges to sea in relation to its function and operation. The inaugural award went to Vale S.A. for the Vale Brasil, an ore carrier with low emissions per ton of cargo that is expected to set a new standard for long-distance dry bulk carriers.

The Next Generation Ship Award recognizes the yard, designer or owner with the most promising design idea for a ship that will be at sea in the coming decade, demonstrating the greatest advances to further the development of ocean transportation. The 2011 award was given to the Rolls-Royce Marine AS “Environship Concept” for a general cargo ship optimized to carry a combination of cargo typical for short sea shipping in Northern Europe. With LNG fuel and a dedicated design for short sea shipping, the emissions from this shipping segment can be significantly reduced.

The launch of the Clean Ship and Next Generation Ship Awards corresponded with this years’ Opening Conference, entitled Next Generation Shipping. The conference brought together leading industry voices representing shipowners, cargo owners and regulators to discuss next generation hot topics. The event, moderated by award-winning journalist and CNN analyst Todd Benjamin, included both presentations and roundtable discussions.

An independent jury was responsible for the selection of the Nor-Shipping Award nominees. It includes representatives from Det Norske Veritas, Maritim 21, Marintek, Nor-Shipping and Riviera Maritime Media (for the Clean Ship Award) and Fairplay Solutions (for the Next Generation Ship Award).

Tollef Schiander, Director of Nor-Shipping, says, “We believe that combining the presentations of the Clean Ship and Next Generation Ship Awards with an Opening Conference focused on next generation topics creates a strong platform for highlighting the issues, challenges and opportunities the industry faces going forward.”