Peacock Set to Take Over as CEO of The Shipowners’ Club 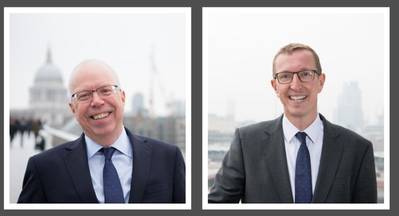 The Shipowners’ Club, a P&I insurer in the smaller and specialist vessel sector, announced Simon Peacock will take over as CEO in 2023.

Current CEO Simon Swallow will be stepping down on May 25, 2023 before starting his retirement on August 3, 2023. The current Chief Financial Officer (CFO), Simon Peacock, will be the incoming CEO on May 25, 2023. Marcus Tarrant, currently Director and Chief Actuary of the Club’s management company, will become the Club’s CFO.

Swallow joined the Shipowners’ Club in July 1991 and after a spell as Underwriter he assumed the role of Director of Underwriting. Simon has served on the Club’s management Board, Shipowners’ Protection Limited (SPL), for over 25 years. It was in March 2015 that Simon took up the CEO role from Charles Hume, having been the Club’s Commercial Director at that time.

The Club’s Chair, Donald A. MacLeod KC, said, “Simon’s long service and the success of the Club which he has overseen is testament to him.  Simon’s energy, enthusiasm and unsurpassed market knowledge have served the Club’s Members admirably over these many years. Simon will retire from his CEO role with the Club’s very best wishes.

“Simon Peacock has been the Club’s CFO since February 2016. During that time he has overseen a period of enviable financial stability in the Club’s finances and has helped develop and deliver the strategy which sees the Club so well placed now and for the future. The Club’s Board was delighted that he accepted their invitation for him to succeed Simon Swallow. Simon will assume the role of CEO on 25 May 2023 and will look forward to continue working with the excellent SPL Board team.”

At the same time, Tarrant will become the Club’s CFO and will continue to serve on the Board of SPL in that new capacity. Marcus has been with the Club for the past eight years and currently fulfils the role of Director and Chief Actuary.

Swallow said, “It has been a fantastic journey and I have been proud to lead what is such a great P&I Club, part of the International Group, and focused on providing the highest levels of service to our Members and their brokers.  For the next seven months or so it is very much business as usual. We have much we want to achieve as we drive forward with our strategy and vision but what I do know is that I will leave the Club, of which I am very fond, in great hands.”

Peacock said, “The Shipowners’ Club is highly regarded by our Members, by their brokers and by so many other partners to the Club. Their trust and confidence is a reflection of the hard work and expertise which is applied by my colleagues, wherever they are and whatever their role, all with the aim of ensuring peace of mind for our insured Members. It will be an honor to assume the CEO position and I look forward to continuing the great work that Simon Swallow has overseen during his time at the Shipowners’ Club.”