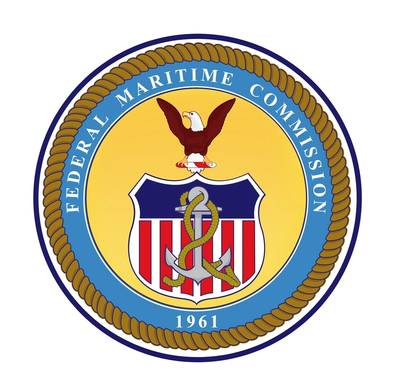 The Federal Maritime Commission (FMC) announced that it has completed compromise agreements recovering a total of $350,000 in civil penalties. The agreements were reached with a vessel-operating common carrier and three non-vessel-operating common carriers (NVOCCs). The agreed penalties resulted from investigations conducted by the Commission’s Area Representatives in Los Angeles and Washington D.C. headquarters staff. The parties settled and agreed to penalties, but did not admit to violations of the Shipping Act or the Commission’s regulations.

Federal Maritime Commission Chairman Mario Cordero stated: "Our enforcement program continues to carry out its statutory responsibilities mandated under the Shipping Act, as to NVOCCs and vessel operators alike, wherever necessary to protect the shipping public from unfair and deceptive practices."

The compromise agreements are:
OBI Shipping Inc. OBI Shipping is a licensed and bonded NVOCC located in City of Industry, CA. Commission staff alleged that OBI Shipping violated section 10(a)(1) by knowingly and willfully obtaining transportation at less than applicable rates by means of improperly accessing service contracts to which it was not a party. Under the terms of the compromise, OBI Shipping paid $50,000.

Rickmers-Linie GmbH. Rickmers-Linie is a vessel-operating common carrier based in Hamburg, Germany. As part of the line’s corporate modernization and expansion program, Rickmers voluntarily contacted the Commission’s Bureau of Enforcement to disclose certain service contract and tariff violations of the Shipping Act with respect to its breakbulk and container operations. BOE and Rickmers also determined that, since 2012, Rickmers-Linie had operated pursuant to an unfiled space charter agreement with a small, regional carrier primarily involved in inter-Asia service. This agreement has since been filed with the Commission. Rickmers-Linie made a payment of $190,000 in compromise of these allegations.

The Federal Maritime Commission (FMC) is the independent federal agency responsible for regulating the nation’s international ocean transportation for the benefit of exporters, importers, and the American consumer. The FMC’s mission is to foster a fair, efficient, and reliable international ocean transportation system while protecting the public from unfair and deceptive practices.