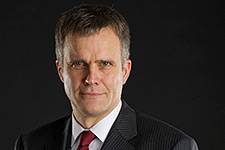 Statoil presented on its website the company’s annual and sustainability reports for 2013, along with the US Form 20-F report.

“Our 2013 operational performance was good; with safety improvements, production as expected and strong project execution. We delivered leading exploration results and strengthened our reserve base,” states CEO Helge Lund in his introduction to the annual and sustainability reports.

Statoil recorded in 2013 the best exploration results in the industry measured in conventional volumes. The Bay du Nord discovery off the coast of Newfoundland in Canada was the world's largest conventional oil discovery by volume in 2013. In total we added 1.25 billion barrels of oil equivalent from exploration. A record high international production of 723,000 barrels of oil equivalent per day, divestments that generated revenues of more than $4 billion and a reduction in the serious injury frequency from 1.0 per million hours worked in 2012 to 0.8 per million hours worked in 2013, number among the several positive features during the previous year.

“The year was marked by the terrorist attack on In Amenas on January 16, 2013, in which forty innocent people, including five highly esteemed Statoil employees, lost their lives. The investigation report published in September 2013 revealed the need for improvements in several areas within security. We have established a specially designed security improvement program that is now well underway in implementing the report’s recommendations and ensuring they are integrated in the company’s day-to-day security efforts,” added Lund.

The sustainability report forms part of our annual reporting.

“Our sustainability reporting reflects our commitment to long-term, sustainable growth in line with the principles of the UN Global Compact.”