Pipelayer Crewmember Medevaced in the Gulf of Mexico 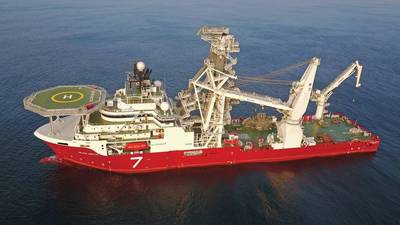 An ailing crewmember was medevaced from a U.K.-registered pipe laying vessel 167 miles offshore Marsh Island, La., in the U.S. Gulf of Mexico.

The U.S. Coast Guard said its Sector New Orleans watchstanders received a call around 3 p.m. on Monday from the Seven Arctic of reporting a crewmember was suffering from appendicitis-like symptoms.

The Ocean Sentry aircrew provided a cover flight and relayed information between the Dolphin aircrew and D8 watchstanders. The Dolphin aircrew arrived on scene, landed on the vessel, and transferred the crewmember to University Medical Center in New Orleans.

The crewmember was last reported to be in stable condition, the Coast Guard said.