ICS Board Prepares for IMO Meeting 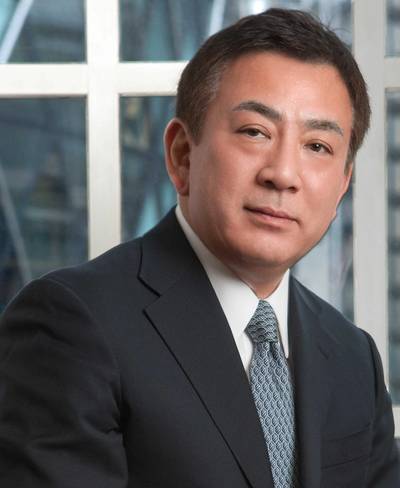 The Board of Directors of the International Chamber of Shipping (ICS), representing national shipowners’ associations from 35 nations and over 80% of the world merchant fleet, met in London recently.

IMO Ballast Water Management Convention – ICS Still has Serious Concerns about Type-Approval Standards for New Treatment Equipment
The ICS Board agreed that ICS will continue to refrain from actively encouraging administrations that have not yet ratified the Ballast Water Management (BWM) Convention from making the additional ratifications required to bring about immediate entry into force.

ICS believes that governments should wait until outstanding implementation problems have been resolved at the International Maritime Organization (IMO), hopefully at the next meeting of the IMO Marine Environment Protection Committee (MEPC) in April, at which ICS (in co-operation with other industry organizations) has proposed a way forward.

ICS Chairman, Masamichi Morooka, explained: “In principle ICS fully supports the eventual entry into force of the Convention and wants to make it work as soon as possible in order provide protection against invasive species.  But the industry still has very serious concerns with respect to the lack of robustness of the current IMO type-approval standards for the very expensive new treatment equipment that will be required, as well about the criteria to be used for sampling ballast water during Port State Control inspections.”

He added: “Governments need to understand that the industry cannot support the immediate entry into force of a regime that will require billions of dollars of investment without any confidence that the new treatment equipment will actually work, or that it will comply with the standards that governments have set for killing unwanted marine micro-organisms.  But we believe that the legal changes needed to make the ballast regime fit for purpose are relatively small and can be agreed in principle by governments quickly.”

ICS (with other industry organizations) has made a submission to the IMO MEPC in April which proposes making IMO Guidelines on type-approval of equipment mandatory.  In the meantime, ICS believes it would be unfortunate if the Convention comes into force ‘by accident’ as result of further ratifications by governments before these outstanding problems have been properly addressed.

CO2 Monitoring and Reporting - ICS Fully Supports Global Regime
The ICS Board reiterated ICS support for the development by IMO of a global system for monitoring and reporting of ships’ CO2 emissions, provided that the mechanism is simple to administer, is primarily based on fuel consumption and that the system itself will not be used for the development of a full blown Market Based Measure.

Consistent with an important ICS submission to the April meeting of the IMO MEPC, the ICS Board confirmed its support for the ‘three phase’ approach to the development of a global system proposed by the United States, and now seemingly supported in a submission to IMO by EU Member States.  Under the ‘three phase’ approach, the question of whether IMO should eventually develop a mandatory system of energy indexing for existing ships – to which ICS is opposed - would be left open until a mandatory CO2 emissions reporting system has been established.

Mr Morooka remarked: “Our priority is to ensure the primacy of IMO as the industry’s global regulator and the successful development of a global system will require the support of all of the world’s major flag states.  It is unfortunate that the debate has been complicated by the parallel proposal from the European Commission, now being considered by the European Parliament, for a unilateral regional system of CO2 reporting that is unlikely to be compatible with whatever will be agreed at IMO.”

The ICS Board agreed that it would be very helpful if EU Member States could defer reaching agreement on any regional EU regulation until sometime after the next meeting of the IMO MEPC at which ICS is optimistic that progress will be made on a global measure.

Piracy – The Crisis is Not Over
The ICS Board noted the dramatic reduction in the number of successful attacks against ships by Somali pirates, currently at a five-year low thanks to the combined success of sustained compliance with industry Best Management Practices, the use of private maritime security companies, the activity of military assets and new capacity building initiatives ashore.

However, the Board also noted that Somali pirates remain active and retain the capacity to attack far into the Indian Ocean.  ICS therefore continues to emphasise that it is premature to conclude that the crisis is over, with seafarers still held hostage in Somalia, some of whom have now been in captivity for three years.

In 2013, there were at least 13 reported incidents involving Somali pirates including two hijackings.  ICS therefore stresses that adherence to the industry’s latest Best Management Practices (BMP 4) and, where necessary, the deployment of private armed guards, continue to be vital self-protective measures.  The maintenance of current levels of military protection provided by a global coalition of governments in the Indian Ocean is also considered to be vital.

The security situation in West Africa also continues to be of great concern and the importance of ship operators adhering to the inter-industry guidance developed for ships trading in the Gulf of Guinea is also reiterated.