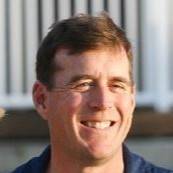 PTL Marine announced the recent hiring of Steven Taylor as its Manager of Business Development with responsibility for the California markets. With operations in major ports including Seattle, Portland, San Francisco and Los Angeles, the company has continued growing its network along the U.S. West Coast. Taylor will be based in Southern California where the company services the Marine and C&I industries with fuels, lubricants, chemicals and last-mile logistics solutions.

“With more than 75 years of experience in California through the legacy brands General Petroleum and Maxum Petroleum, I was well-aware of the customer-centric culture at PTL Marine, and I am thrilled to be joining the team,” said Taylor. “With a focus on the record setting volume of business being conducted on this coast, I look forward to engaging directly with the amazing clients that make up our customer base.”

“It’s easy to see that Steve’s background and leadership experience are well-suited for ongoing execution of our business plan for the U.S. West Coast,” said David Reynolds, Vice President of PTL Marine. “He is a well-known entity in the energy industry, and we’re delighted to have Steve join our team. We are confident he will have an immediate and positive impact on our business.”