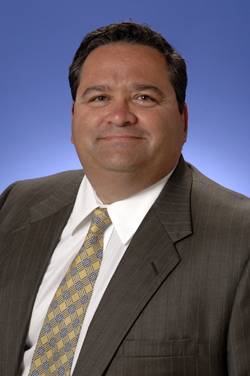 Regulatory burdens, those here and now coming, translate into a tale of many acronyms. By Matthew Valcourt (taken from our September 2011 MarineNews print edition).

Just when you thought that all of the forgoing was quite enough, the EPA also inserted its regulatory tentacles into the mix. Public Law (P.L.) 110-299 (July 31, 2008) tasked the EPA to study vessel discharges and measure their effects on the environment. And now, the EPA now requires vessels to obtain permits to discharge certain materials and to give notice of intent to discharge.

• A tale of many acronyms

This new area of regulation is burdened with endless acronyms, each of which a vessel owner must keep a weather eye on to assure compliance. After various studies, the EPA developed the National Pollution Discharge Elimination System (NPDES). The spine of the NPDES program is the Vessel General Permit, (VGP). In reality, the only thing the 2008 Vessel General Permit (VGP) regulates is discharges incidental to the normal operation of vessels operating in a capacity as a means of transportation. That’s where it gets complicated. The VGP includes general effluent limits applicable to all discharges; general effluent limits applicable to 26 specific discharge streams; narrative water-quality based effluent limits; inspection, monitoring, record keeping, and reporting requirements; and additional requirements applicable to certain vessel types.

The VGP contains technology-based effluent limits for just about all vessel discharges except for black water. Blackwater is not covered because CWA § 502(6) leaves vessel sewage out of the definition of pollutant and CWA § 312 gives authority to regulate vessel sewage to the Coast Guard. The VGP specifies open ocean exchange as the standard requirement for ballast water management and provides for ballast water treatment only on an experimental basis. The VGP regulates ballast water management during coastal voyages and management of ballast tank sediments – and this is important – more stringently than current Coast Guard requirements.

Owners and/or operators of certain sized vessels must obtain a permit. Under the NPDES regulations, if a vessel is owned by one person but is operated by another, it is the operator's duty to obtain a permit (40 C.F.R. §122.21(b)). For the purposes of the Vessel General Permit, (VGP) an "operator" is any "party . . . who (1) has operational control over vessel activities, including the ability to modify those activities; or (2) has day-to-day operational control of those activities that are necessary to ensure compliance with the permit or to direct workers to carry out activities required to comply with the permit."

Section 4.1.1 of EPA’s Vessel General Permit (VGP) provides that at least once per week or once per "voyage," whichever is more frequent (but not more than once daily), permittees must conduct a visual inspection of safely accessible deck and cargo areas and all accessible areas where chemicals, oils, dry cargo or other materials are stored, mixed, and used, as well as verifying that monitoring, training, and inspections are logged according to VGP requirements.  The routine visual inspections under this VGP section are intended to be measures of good marine practice that the prudent mariner is already employing to ensure vessel, crew, and environmental health and safety.

The next acronym is of course the Notice of Intent (NOI) or the electronic version, the eNOI. The Electronic Notice of Intent system allows notices to be sent to the EPA from the operator regarding intent to discharge, and also allows the NOI form to be created by one entity and be certified by the operator separately. The EPA requires at least 30 days to process a complete and accurate NOI submittal and allow coverage under the VGP for vessels, which have not previously been covered under the VGP. The EPA may require additional time and paper submission of NOIs can take approximately 60 days to process. The key lesson to be learned here is that if a vessel is planning to operate in areas covered by the CWA, advance planning is critical.

Interestingly, the NPDES vessels program does not regulate discharges from military vessels or recreational vessels. Instead, those vessel discharges are regulated by other EPA programs under section 312 of the Clean Water Act. Incidental discharges from the normal operation of vessels include, but are not limited to ballast water, bilge water, graywater (e.g., water from sinks, showers) and anti-foulant paints. These discharges may result in negative environmental impact via the addition of traditional pollutants or, in some cases, by contributing to the spread of Aquatic Invasive Species.

• Exceptions to the Rule?: not so fast…

Through intensive lobbying, Congress allowed exceptions to the permitting requirement for recreational vessels, fishing vessels, and commercial vessels under 79-feet in length.  President Obama signed Public Law (PL) 111-215 (Senate Bill S. 3372) into law on July 30, 2010. This law amends PL 110-299 (Senate Bill S. 3298), which generally imposes a moratorium during which time neither EPA nor states may require NPDES permits for discharges incidental to the normal operation of commercial fishing vessels of any size and other non-recreational vessels less than 79 feet. As a result, the VGP does not cover vessels less than 79 feet or commercial fishing vessels, unless they have ballast water discharges in excess of a certain amount.  And, PL 111-215 extended the expiration date of the moratorium from July 31, 2010 to December 18, 2013.

Of real concern to brown water and/or inland operators, the EPA is now studying the effect of discharges from these types of vessels as it related to the marine environment for potential further regulation. Congress directed the EPA, in consultation with the U.S. Coast Guard and other interested federal agencies, to conduct a study of discharges incidental to the normal operation of all fishing vessels and non-recreational vessels less than 79 feet in length (study vessels). Among other things, the study’s charge directed EPA to include an analysis of the extent to which the discharges are currently subject to regulation under federal law or a binding international obligation of the United States.  The EPA estimates there are as many as  140,000 domestic vessels subject to the permitting moratorium. Clearly, any further regulation would have a deep impact on this sector of the maritime community.

The EPA has found that commercial fishing vessels and non-recreational vessels discharge a wide variety of effluents during their normal operation. The Agency decided to focus its evaluation on discharges from engines, bilges, fish holds, decks, and graywater activities because such discharges can release oils, heavy metals, toxic organics, oxygen-depleting substances, nutrients, and endocrine-disrupting compounds to ambient waters in quantities that may exceed National Recommended Water Quality Criteria (NRWQC).

Through a sampling program of discharges from commercial fishing vessels and other non-recreational vessels less than 79 feet in length, the EPA sought to provide information to achieve the first two objectives of the study. The study specifically evaluated the impacts of the (1.) discharge of effluent from properly functioning marine engines; (2.) discharge of laundry, shower, and galley sink wastes; and (3.) other discharges incidental to these vessels’ normal operation. In addition, the EPA supplemented sample collection and analysis with the collection of information regarding the shipboard processes, equipment, materials, and operations that contribute to the discharges, as well as the discharge rates, duration, frequency, and location.

While environmental groups are lobbying to end the moratorium and exception for vessels under 79 feet, the hard data does not appear to justify additional regulation for small vessel operators, unless they are operating in restricted, sensitive waters. That said, and given the trend toward more environmental regulation, Congress may well utilize the EPA’s recent study to reach the small vessel and workboat force before long. All of that inevitably will lead to more paperwork and more crew fatigue. And, yes, more acronyms.

Matthew Valcourt is a Partner with Fowler White Burnett P.A. and focuses his practice on maritime law.  He handles all types of marine-related litigation and holds a USCG Unlimited Chief Mate and 1600 Ton Masters License.  He is Board Certified in Admiralty and Maritime Law, is current Chair of the Florida Admiralty Law Committee and serves as a director to the Massachusetts Maritime Academy Alumni Association.  He is a member of the Maritime Law Association, and the Southeastern Admiralty Law Institute.