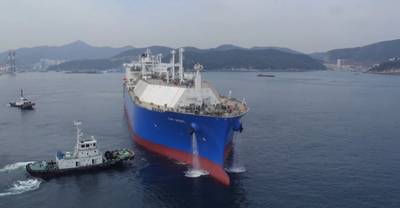 “During the fourth quarter, the partnership continued to generate stable cash flows supported by a diversified portfolio of long-term contracts totaling approximately USD 12 billion in forward, contracted revenue and with a weighted average remaining contract length of 13 years,” Mark Kremin, President and CEO of Teekay Gas Group, noted.
Generated GAAP income from vessel operations of $38.0 million and $153.2 million, respectively, and total cash flow from vessel operations of $114.5 million and $480.1 million, respectively, in the fourth quarter and fiscal year 2016.
"In the fourth quarter of 2016, our results included a full quarter of contribution from the delivery of our second MEGI LNG carrier newbuilding, the Oak Spirit, which commenced its five-year charter in early-August 2016, and we are scheduled to take delivery of our third MEGI LNG carrier, the Torben Spirit, at the end of February, which will commence its short-term charter contract with a major energy company," Mark said.