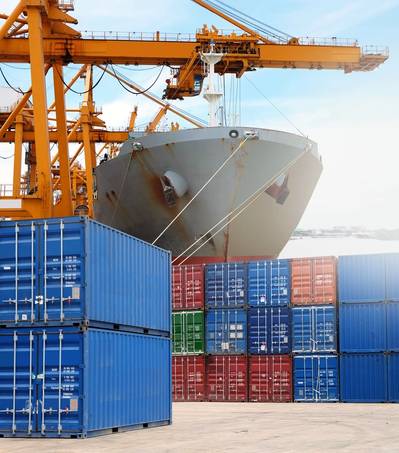 The ports of Los Angeles and Long Beach continue their record-breaking start to the year, exceeding pre-pandemic records again and again. Already under pressure to handle a throughput that has broken the pre-pandemic record every month for 11 months in a row, practically all ports in the US will have to continue to run fast to keep up, as peak season starts breathing down their necks.

In May, loaded imports and total throughput in both ports broke their previous highs. In the Port of LA, 535,714 loaded TEU were imported, up from the previous record of 490,127 TEU. In Long Beach, 444,736 loaded TEU came in.

The flipside to the record high loaded imports are record high empty exports, with 675,429 TEUs leaving the two ports in May. That is five and a half times more than the 122,951 TEUs loaded exports in the same month, driven by a combination of US exports not recovering as fast as imports, and carriers looking for a quick turnaround time to get boxes back to Asia. 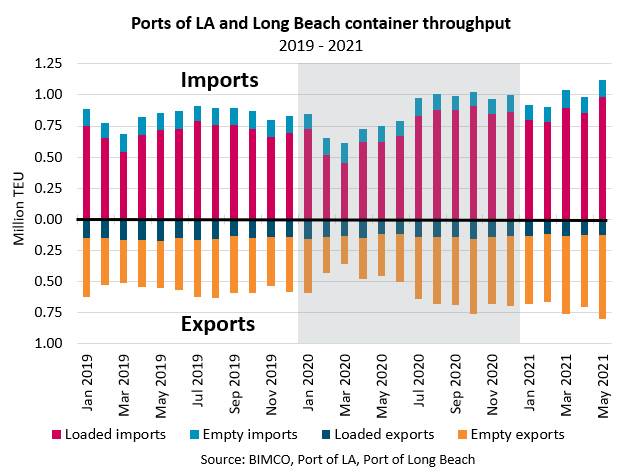 In the first five months of this year the two ports have recorded a total throughput of 8.6m TEU; a 45.3% increase from the 5.9m TEU handled in the first five months of 2020, but also up by 1.8m TEU (26.5%) from the start of 2019. Before the pandemic, the highest throughput ever recorded by the two ports was 1.5m TEU, which was recorded in July 2019. That milestone has now been surpassed for 11 consecutive months.

“Another month of record high retail sales in the US in May - when looked at on an unadjusted basis - suggests that as the US economy re-opens and services become more widely available, US demand for goods remain strong. Retailers are currently struggling to keep up and the delays on getting their goods shipped continues to cause severe disruption to just-in-time supply chains,” says Peter Sand, BIMCO’s Chief Shipping Analyst.

“As long as consumer demand stays strong, the two ports in LA and others throughout the US, will continue to face massive amounts of pressure. Adding to this, with the traditional container shipping peak-season now fast approaching, the ports will have to continue to run fast if they are to stand any chance of keeping up.”