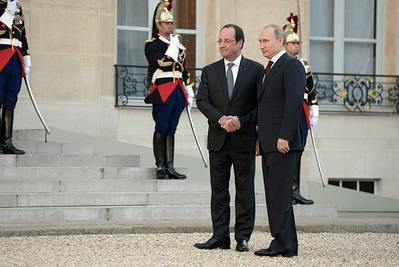 Russian President Vladimir Putin on Thursday said he believed many European leaders were eager to end the standoff over sanctions with Russia.

"I think that many in Europe including the politicians, my colleagues, ... (want) to get out as soon as possible of a situation, which is damaging our cooperation," Putin said during a visit to the Crimea peninsula, which Russia annexed from Ukraine earlier this year.

He added that he had recently spoken to his French counterpart Francois Hollande and felt this also reflected the French president's mood.

Putin was speaking at a meeting with French businessman Philippe de Villiers, who has said he is planning to build an entertainment complex in Crimea.