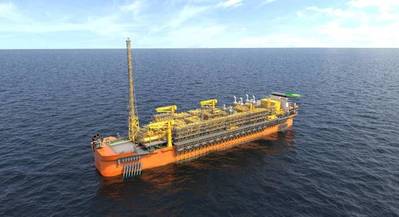 Dutch FPSO leasing specialist SBM Offshore has secured a firm deal with Petrobras to lease and operate a newbuild FPSO at its giant Buzios offshore oil field in Brazil.

The firm contract, for the 26.25 years lease and operation of the FPSO to be named Almirante Tamandaré, follows the signing of the binding Letter of Intent announced back in February. SBM Offshore did not share the financial details.

FPSO Almirante Tamandaré will be deployed at the Búzios field in the Santos Basin approximately 180 kilometers offshore Rio de Janeiro in Brazil.

The FPSO is expected to be delivered in the second half of 2024.

The FPSO Almirante Tamandaré will have a water injection capacity of 250,000 barrels per day and a minimum storage capacity of 1.4 million barrels of crude oil.

SBM Offshore is progressing with the design and construction using its Fast4Ward program, the company said Tuesday.

Under the Fast4Ward program, SBM Offshore usually orders an FPSO hull without a firm contract in hand, so that, when a contract is secured, the FPSO delivery time is shorter. The hull that has now been allocated for the FPSO Almirante Tamandaré was ordered in December 2019 and is under construction in China.

Per LoI announced a few months back,  the project foresees the interconnection of 15 wells to the FPSO, being 6 oil producers, 6 water and gas injectors, 1 gas injector, and 2 convertible wells, through a subsea infrastructure composed of rigid production and injection pipelines and flexible service pipelines.