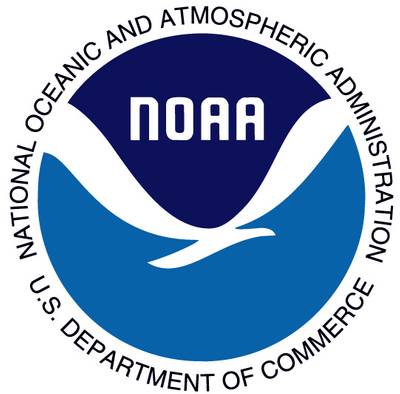 NOAA scientists continue to develop and improve the approaches used to understand the effect of climate change on marine fisheries along the U.S. east coast. Their latest study projects that one common coastal species found in the southeast U.S., gray snapper, will shift northwards in response to warming coastal waters.

In a study published online December 20 in the journal PLOS ONE, researchers from the Northeast Fisheries Science Center (NEFSC) and the University of North Florida developed projections of gray snapper distribution under several climate change scenarios. Gray snapper (Lutjanus griseus) is an important fishery species along the southeast U.S. coast.

Associated with tropical reefs, mangroves and estuaries, gray snapper is found from Florida through the Gulf of Mexico and along the coast of Brazil. Juvenile gray snapper have been reported as far north as Massachusetts, but adults are rarely found north of Florida, leading researchers to look at estuarine habitats as a key piece of the puzzle.

"Temperature is a major factor shaping the distribution of marine species given its influence on biological processes," said Jon Hare, lead author of the new study and director of the NEFSC’s Narragansett Laboratory in R.I. "Many fish species are expected to shift poleward or northward as a result of climate change, but we don’t fully understand the mechanics of how temperature interacts with a species life history, especially differences between juvenile and adult stages."

Gray snapper was chosen for this study given previous temperature and physiological studies by all three authors, providing a foundation upon which to build. Hare and colleagues believe their approach applies more broadly to other fishery species that use estuarine areas during their life history. Those include a large number of commercially and recreationally important species such as summer flounder, black sea bass, weakfish and pink shrimp.

Unlike earlier studies on climate change and its impact on species like Atlantic croaker, Hare and colleagues developed a model based on a specific hypothesis that is supported by laboratory experiments and field observations. Their new study is based on laboratory research that determined the lower thermal limit, the temperature at which a fish can no longer survive. This limit is expressed as cumulative degree days below 17°C (about 63°F). The team then equated these limits to estuarine water temperatures. Prior research has shown that estuarine temperatures are closely related to air temperatures, so the team then linked the thermal limits to air temperature. Projections of coastwide air temperature were then extracted from global climate models and used to project changes in the distribution of thermal limits for juvenile gray snapper.

The results indicate that gray snapper distribution will spread northward along the coast into the future. The magnitude of this spread is dependent on the magnitude of climate change: more CO2 emissions resulted in greater northward spread.

The uncertainty in the study’s projections was also examined by the researchers, who looked at multiple global climate models and the uncertainty in each model’s estimates of lower thermal limit. Surprisingly, biological uncertainty was the largest factor, supporting calls for more research to understand and characterize the biological effects of climate change on marine fisheries.

This latest study by Hare, Wuenschel, and Kimball joins a growing number of studies that predict climate change is going to affect marine fish distribution and abundance, creating challenges for scientists, managers, and fishers in the future.

"In the past we have assumed that ecosystems were variable but not changing. Now we understand that they are both variable and changing," said Hare. "That complicates the big picture since each species and each ecosystem is different."

"The challenge facing scientists, managers, and fishers alike is identifying the potential effects of climate change and developing a response that will increase the long-term sustainability of resources," Hare said.

Here’s a library where you don’t have to be quiet. In fact, they want you to talk about it!The NATO Science and Technology…