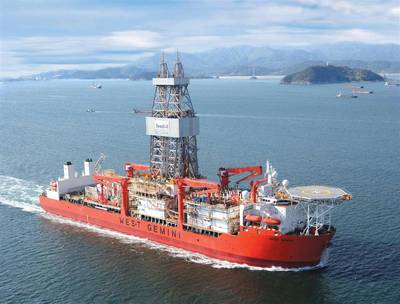 Offshore drilling rig contractor Seadrill has filed for bankruptcy protection at a court in the U.S. state of Texas, it said on Wednesday, the second time in four years the company has entered into so-called Chapter 11 restructuring.

The Oslo-listed group controlled by Norwegian-born billionaire John Fredriksen returned to court along with several subsidiaries after failing to win consent from bank lenders to postpone payments on $5.7 billion of debts.

Its total debts and liabilities stood at $7.3 billion at the end of the third quarter of 2020.

"This announcement marks the start of the court supervised process that will create a company that is financially sustainable for the long term," Chief Executive Stuart Jackson said in a statement.

"We are working closely with our stakeholders to ensure we achieve an outcome that gives us the flexibility to weather the low points in our industry cycles, whilst positioning us well for market recovery," he said.

U.S. Chapter 11 bankruptcy proceedings temporarily shield companies from creditor claims, allowing firms to maintain operations while providing time to agree on debt restructuring plans, which must in turn be approved by a court.

"At the point of filing, Seadrill has approximately $650 million in cash and does not require debtor-in-possession financing," it said.

The company is the latest in a series of offshore rig firms to seek court protection from creditors following spending cuts by the oil industry in wake of the COVID-19 pandemic.

Some have already emerged from Chapter 11 proceedings or cut deals on how to restructure billions of dollars of debt, including London-based Noble and Texas duo Pacific Drilling and Diamond Offshore.

London-based Valaris, the largest offshore driller by fleet, announced on Feb. 8 a plan to convert $7 billion of its debt into equity.

Seadrill first filed for Chapter 11 in September 2017, emerging in July 2018 after converting $2.3 billion of bonds into equity and raising more than $1 billion in fresh capital.

The company was still left with billions of dollars in debt, however, and its markets did not recover as rapidly as it had hoped for.