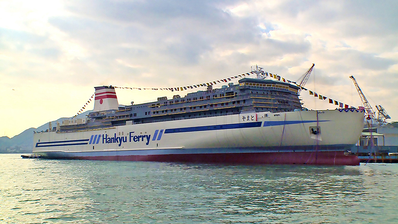 The new vessel, named Yamato, is being constructed at the Shimonoseki Shipyard & Machinery Works yard in Japan's Yamaguchi Prefecture and is scheduled to be delivered in June 2020 after rigging work is completed.

Together with Settsu, which was christened and launched last August, Yamato will serve on the operator's Shinmoji-Kobe route.

Yamato, like Settsu, is 195 meters long, 29.6 meters wide, 20.6 meters deep, and has a draft of 6.7 meters and gross tonnage of approximately 16,300 tons. The ferry has a holding capacity of 663 passengers, approximately 277 trucks (max. length: 8.5 meters) and roughly 188 passenger cars. Cargo handling facilities consist of two side ramp/doors and another ramp/door at the stern.

According to the builder, several factors, including a newly optimized hull type, deliver approximately 6% better energy efficiency. The vessel is outfitted with an exhaust gas cleaning system (scrubber) that controls airborne emissions of sulfur oxides (SOx), to satisfy the new IMO 2020 emissions regulations that took effect starting this year. 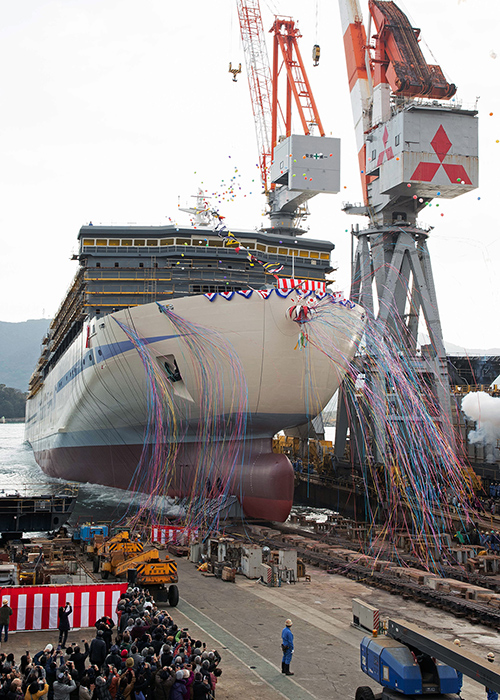