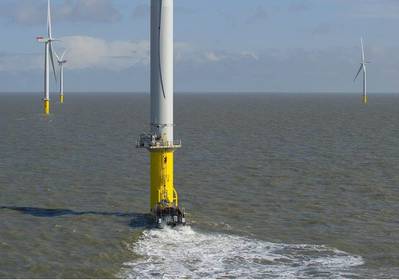 CWind announced that it is has been awarded a contract for the supply of two crew transfer vessels to the London Array offshore wind farm (OWF) supporting operation and maintenance (O&M) activities.

London Array OWF is located 20 km off the Kent coast in the outer Thames Estuary. Both workboats, the CWind Alliance and CWind Artimus, will be operating from Ramsgate in Kent. CWind Alliance is very familiar with the site and in 2013 received a recognition by Siemens for its outstanding vessel performance on site. During her first stint at the project CWind Alliance completed 6,000 hours of service there. CWind Alliance delivered an impressive 363 days of operation on the London Array in 2012.

The O&M contract at London Array OWF is the first assignment for CWind Artimus after being named at Seawork 2015 last June. The 22m crew boat, powered by IPS, is capable of carrying up to 30t payload or 24,000l fuel, expanding cargo capacities and nautical range.