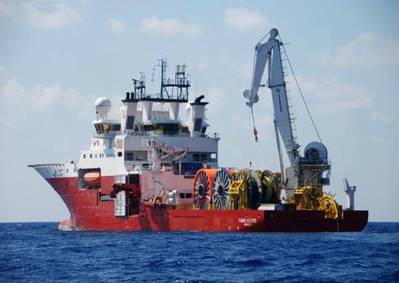 Fugro mention they intend to step up investments in their offshore fleet on the back of growth in subsea services reported in its year 2013 financial report, extracted as follows:

An in-depth strategic review resulted in the updated strategy ‘Growth through Leadership’, which Fugro explains, builds on the same strategic drivers which are core to Fugro’s historic success. Fugro is targeting expansion of its activities in the strong Geotechnical and Survey divisions, leading to a step-up in investments in the vessel fleet in the next years. In addition, Fugro targets profitability improvement in the Subsea Services division, and both growth and profitability improvement in Seabed Geosolutions.

Outlook
The backlog supports achieving further growth in 2014. Corrected for exchange rate effects, the backlog is 26% higher than a year ago. Though most of the backlog growth is in Seabed Geosolutions, the backlog growth for the Survey, Geotechnical and Subsea divisions is a healthy 9%. Recent awards are further strengthening the backlog. Next to supporting growth, the backlog should support stable performance with potential for improvement. For multi-client we expect to see the normal profile for existing libraries develop, whereby the sales will taper off over time, in particular in the next four to five years.