Maersk to Invest Billions, Reap Savings, but No Cash for Shareholders 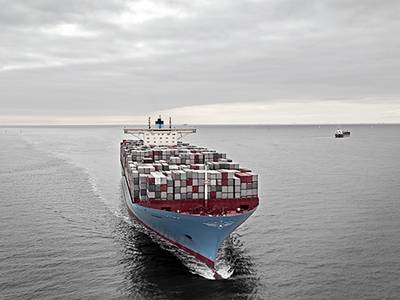 Denmark's A.P. Moller-Maersk said on Wednesday it would invest billions of dollars in new ships, reap hundreds of millions in savings and announced valuable contracts for its drilling rigs.

But shares of the world's largest container shipping company fell more than 3 percent, partly because it failed to announce any of the initiatives the market had anticipated for its investor day in Copenhagen.

Analysts had hoped that Maersk would say it had sold a big oil asset in Angola, which would have cut future capital investments, or unveil an increase in its payments to shareholders.

Instead, container shipping arm Maersk Line said it would spend $3 billion a year between 2015 and 2019 on new vessels. Although the industry is suffering from oversupply, companies are ditching older and smaller ships for fewer but larger ones.

"Due to our size, we need 425,000 20 foot equivalent units (TEU) delivered between 2017 and 2019," Maersk Line Chief Executive Soren Skou told analysts at Maersk's headquarters overlooking the Oresund Strait between Denmark and Sweden.

That works out to about 23 of Maersk's Triple E vessels -- the largest in the world by capacity with a length of almost four soccer pitches.

Maersk Line, which contributed the largest portion of underlying profits last year, also expects to save $350 million a year from its shipping alliance with its nearest rival, the Mediterranean Shipping Company (MSC). Maersk Line earned $1.5 billion in profits on $26.2 billion of revenues.

It controls around 20 percent of transported goods on the world's busiest route between Asia and Europe and has a global market share of around 15 percent. Its profit margin has been 5 percentage points higher than its rivals for almost two years.

High Expectations
However, investors were not pleased and shares closed 3.47 percent lower at 14,460 Danish crowns each. The stock hit an all-time high of 15,200 crowns last week after analysts hiked price targets due to a share buyback programme.

Traders cited the lack of any big announcements at the investor day as well as a 2.3 percent fall in the European freight and logistics sector due to a profit warning from Dutch logistics company TNT Express and worries about Chinese economic growth.

"Expectations were high ahead of the capital markets day," said Sybank head of equities Ole Jensen.

"Then we saw a downgrade of Chinese growth outlook from Goldman Sachs and the World Trade Organisation cut its trade growth forecasts. So this fear for global growth combined with a day without any big news is putting Maersk under pressure."

Nevertheless, finances at the shipping and oil conglomerate are in good health -- it was one of the few among the top 15 in its industry to report a first-half profit this year as the sector struggles to recover from the global economic slump.

Divestments of non-core assets, rigid cost-cutting and taking advantage of economies of scale earned Maersk more cash than it knew what to do with, leading to the first share buyback in its 110 year history.

Maersk has been selling non-core assets in recent years - around $10 billion according to some analysts - as it concentrates on shipping and oil, which includes production, drilling and services such as offshore tugs.

Maersk Drilling said on Wednesday it had won an extension of an Angolan contract worth $387 million. The translates to more than $500,000 a day, a high rate even for high-cost Angola and above Chief Executive Claus Hemmingsen's estimate of a $400,000-500,000 range for deepwater.

The drilling unit aims to contribute $1 billion in profits by 2018 by focusing on harsh-climate drilling in Norway and on the deepwater "golden triangle" between the U.S. Gulf of Mexico, Brazil and West Africa.

Maersk Oil, meanwhile, stuck to its target of 400,000 barrels of oil equivalent (boed) production a day providing it achieves return on investment above 10 percent, confounding chatter in the market that the target would be dropped.

Maersk Oil has cut down on exploration activities while vowing increased production from its relatively small reserves -an unusual move for an oil company but one that pleases shareholders in the A.P. Moller-Maersk group as it implies lower spending and better returns.