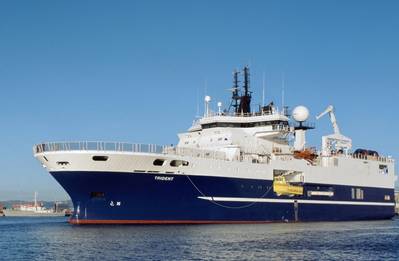 The vessel has been delivered in Turkey for recycling. In late 2020, Shearwater also sold the CGG Alize vessel to be repurposed outside of the seismic industry.

"The combination of these investments and disposals allow for a significant extension to the commercial life of the fleet and a reduction in average vessel age," Shearwater said.

“We are advancing our fleet renewal program, showing Shearwater’s commitment to a modern, flexible and high-end fleet to provide clients with efficient surveys and to meet the regulatory and public expectations facing our industry,” said Irene Waage Basili, CEO of Shearwater.

On April 29, Shearwater GeoServices said it had struck a deal to take over marine seismic acquisition assets previously owned by Polarcus, from Tiger Moth AS, a company affiliated with Woodstreet Inc.

They purchased six seismic acquisition vessels for $127.5 million, and streamers and related seismic equipment for $50 million.