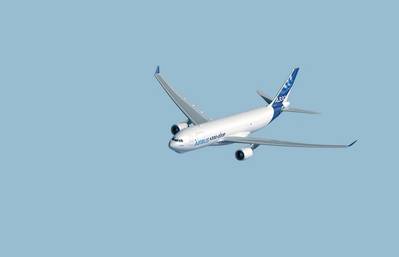 Shipping group CMA CGM on Friday announced the creation of an air freight division, backed by the acquisition of four cargo planes, as it continues to expand its non-maritime activities.

The new unit, called CMA CGM Air Cargo, will use the four Airbus A330-200F cargo planes acquired by CMA CGM along with partnerships with airlines to develop worldwide coverage, the group said in a statement.

The price of the planes, which originally went into service between 2014 and 2016, was not disclosed.

CMA CGM is due to take delivery of the planes next month, a spokesman added.

French-based CMA CGM, one of the world's largest container shipping lines, has sought to develop complementary logistics services, notably through the takeover of CEVA Logistics two years ago.

That plan has now been dropped and the company is instead studying possible commercial ties with Dubreuil in air freight, CMA CGM said in a separate statement to Reuters.