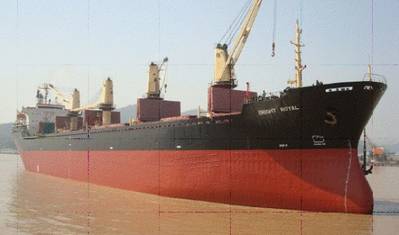 The ship ran on to reefs, causing oil spill from its two tanks of 387 tons of fuel oil, spanning an area of approximately 20,000 square meters, some 730 km south of Vietnamese capital Hanoi.

The accident occurred when the cargo ship, owned by Vanguard Maritime Ltd with a crew of 24 on board, was on voyage from Ha Tinh Province's Vung Ang port in Vietnam to Bangladesh.

Xinhua cites Vietnam's state-run radio online as saying that the Quang Ngai provincial authority has instructed its relevant agencies to offer rescue work to the sinking ship and to deal with the oil spill.