Tallink to Get $108 Mln Loan from Estonia 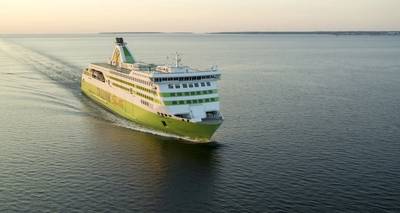 Estonia will give the Baltic Sea shipping firm Tallink, which has been badly hit by lockdowns, a 3-year loan of 100 million euros ($108 million), the government of the small EU member said on Friday.

Tallink - which operates large ferries between Estonia and Finland, and from Latvia, Estonia and Finland to Sweden - is approaching its peak season of June-August with most of the countries around the Baltic closed to travelers because of the coronavirus pandemic.

Tallink this week reported a gross loss of 0.2 million euros for the first quarter, compared to a profit of 10.5 million a year earlier, and said the outlook was highly uncertain.

To improve liquidity, Tallink, whose closest rival is Viking Line, delayed paying a 49.4 million euro instalment for a new ship to the third quarter and raised an additional 20 million euro overdraft facility from Danske Bank.

The government said its loan was at 2% over 12-month EURIBOR, and would be secured by the firm's assets.