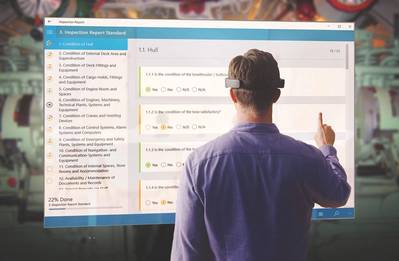 Using AR-devices means screens and monitors could also become obsolete, with employees able to access cloud-based data wherever they are working. Additionally, it will render a lot of hardware redundant. Just as the smart phone included the functionality of a lot of gadgets such as camera, telephone, calendar or calculator, AR devices are one more step forward. (Image: Hanseaticsoft)

Augmented Reality (AR) is predicted to be the next technology game-changer to improve business processes and employee performance and it’s no wonder many companies are getting excited about its potential.