Gulf of Thailand Tankship Still Aground After 6 Weeks 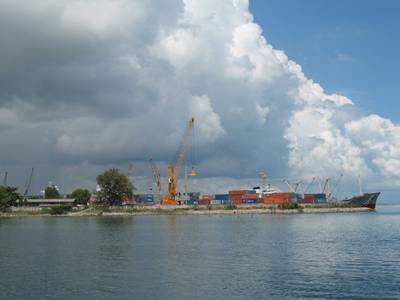 Rough weather in the Gulf of Thailand is thwarting attempts to re-float an oil tanker that ran aground near the port of Sonkhla as long ago as January 9, 2014, according to 'The Nation' newspaper.

A sand-suction dredger was deployed to create a water channel on the beach to allow the oil tanker Orapin 4 to move back to sea off Songkhla; however, the operation came to a temporary halt as the dredger was forced to take shelter at Nu Island amid strong winds. The Meteorological Department has forecast rough seas in the area until Sunday, February 23, 2014, reports 'The Nation'.

The 2,739 dwt tankship Orapin 4 is owned by the Thai International Tankers (TIT) Group, which was established in 1994, and which owns and operates tankers engaging in both domestic and international voyages. The Thai-flagged 85.92m long vessel is described by them as a clean product tanker built in 1981.

Sonkhla
Songkhla, situated in the southern Thai province of the same name, is a fishing port and an important harbour located at the opening of Songkhla Lake on to the Gulf of Thailand. It is the major seaport on the east side of the Isthmus of Kra in an area of natural beauty.