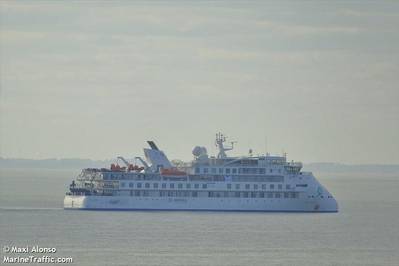 The 86 crew members of the Greg Mortimer cruise ship, stranded in Uruguayan waters since March 27, began their evacuation to Montevideo on Tuesday following an outbreak of the new coronavirus on board, the government said.

At least 37 positive cases of coronavirus were detected in the last several days, officials said, preventing plans for the ship to travel to the Spanish port of Las Palmas, the original planned destination for the tourist trip, which is operated by Australian company Aurora Expeditions.

Uruguayan government and company officials decided to disembark the crew in Montevideo after several days of talks. They will be divided into two groups, based on those who tested positive, and provided accommodations, officials said.

Most of the total 128 passengers originally on board had tested positive on the cruise ship.

The passengers, mainly from the United States, Britain, Sweden, France, Holland, Canada, Switzerland, Australia and New Zealand, were evacuated in two groups on April 10 and 15. The ship’s crew had stayed on board to complete a quarantine period.