Tehran has in the past threatened to block the Strait of Hormuz, a major oil shipping route at the mouth of the Gulf, in retaliation for any hostile U.S. action, including attempts to halt Iranian oil exports through sanctions.

Still, the U.S. official noted that the agreement would expand U.S. military options in the region for any kind of crisis.

Duqm is ideal port for large ships. It is even big enough to turn around an aircraft carrier, a second official said.

"The port itself is very attractive and the geostrategic location is very attractive, again being outside the Strait of Hormuz," the official said, adding that negotiations began under the Obama administration.

COMPETITION WITH CHINA
For Oman, the deal will further advance its efforts to transform Duqm, once just a fishing village 550 km (345 miles) south of capital Muscat, into a key Middle East industrial and port center, as its diversifies its economy beyond oil and gas exports.

The deal could also better position the United States in the region for what has become a global competition with China for influence.

Chinese firms once aimed to invest up to $10.7 billion in the Duqm project, a massive injection of capital into Oman, in what was expected to be a commercial, not military, arrangement.

"It looks to me like the Chinese relationship here isn't as big as it appeared it was going to be a couple of years ago," the second official said.

"There's a section of the Duqm industrial zone that's been set aside for the Chinese ... and as far as I can tell so far they've done just about nothing."

Still, China has in the past shown no qualms about rubbing up against U.S. military facilities.

In 2017, the African nation of Djibouti, positioned at another geostrategic choke-point, the strait of Bab al-Mandeb, became home to China's first overseas military base. The U.S. military already had a base located just miles away, which has been crucial for operations against Islamic State, al Qaeda and other militant groups. 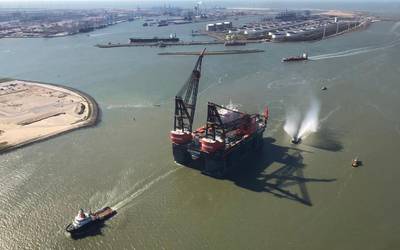