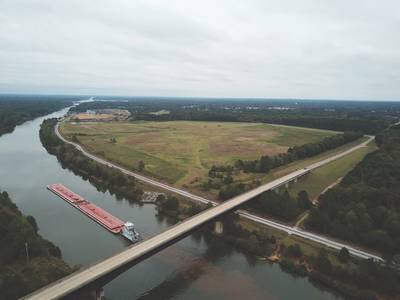 New federal money promises dramatic impacts throughout the United States’ inland waterways system in 2022 and beyond. This report focuses on America’s central rivers; the Western rivers will be covered in a future report. These central rivers reach 11,000 miles, from Pennsylvania to Florida and from Texas to South Dakota.

In Arkansas, ACE is providing $92 million for construction of the MKARNS project and another $109.1 million to “physically complete and fiscally close out the project.” MKARNS presents a number of complex challenges, including channel stability at the confluence of the White, Arkansas, and Mississippi Rivers, where the Arkansas and White naturally want to merge. Other challenges include aging infrastructure and channel depth. The big win is going from a nine-foot channel depth to 12 feet. That deeper level has been authorized but never realized. In previous studies the Corps estimated that a 12-foot channel could increase tonnage capacity on the river by up to 45 million tons a year (MKARNS = The McClellan-Kerr Navigation System, located in Arkansas and Oklahoma, at the confluence of the White and Arkansas Rivers, close to the Mississippi. It was completed in 1970.).

Also in Illinois, at Brandon Road, $225 million starts construction of the aquatic nuisance species barrier, a final location, almost a final chance really, to keep Asian carp out of the Great Lakes.

In Kentucky, $465.5 million is budgeted to “physically complete and close out” the Kentucky Lock and Dam project on the Tennessee River.

In Pennsylvania, $857.7 million will complete all construction work at Montgomery Lock and Dam, on the Ohio River, near Monaca, PA. And $77 million is to complete the Emsworth Lock and Dam, just downstream from Pittsburgh.

Many major waterway projects have almost endless histories. Consider that at the last meeting of the Inland Waterways Users Board (#95, October 2020) supporters of a Louisiana lock project noted that lock funding was authorized in 1956. In a way, that reads like a sad joke. But then consider Emsworth: its components date back to 1919. (Users Board Meeting No. 96 is scheduled to take place in-person in New Orleans, on April 20. The meeting agenda was not yet available as this report is written.)

Nevertheless, river freight transport – and related private sector economic development – continues to thrive despite all the work that was never done. These new developments match the demands of a 21st century economy, impacting energy, the environment, logistics and supply chain. Without these investments, the US economy couldn’t function at the scale demanded by global trade.

The following presents some of this work, highlighting the important interplay between large scale economic development and the Inland Waterways.

Arkansas River Waterways
Cassandra Caldwell is Director of the Arkansas Waterways Commission (AWC). She highlighted the MKARNS project as one of the biggest opportunities in 2022. Arkansas has 1,800 miles of navigable waterways, third highest in the nation, across five rivers: the Mississippi, the Arkansas, the Ouachita, and the Red and the White Rivers.

Caldwell said AR’s river system carries 17.8 million tons of commodities annually, supporting over 55,000 jobs, $2.5 billion in personal income and $277.8 million in state and local tax revenue. She said that AR’s waterways “are enticing new industries and transforming the economies of some of Arkansas’ most disadvantaged communities.” 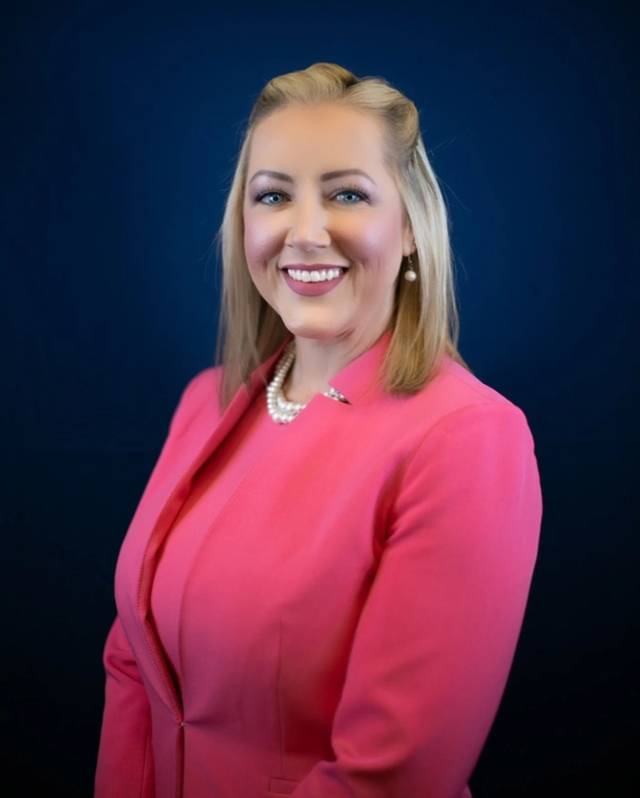 At Helena Harbor, a 4,000-acre multi-modal site on the Mississippi River, a $10 million Delta Regional Authority grant will fund road improvements to facilitate operations for Helm Fertilizer, a major tenant.

At the Port of Osceola, California based Envirotech Vehicles, Inc. (EVT) will build its new $80 million EV manufacturing facility. Port access was called “vital” in a company press release.

Both the EVT and the U.S. Steel project bear a closer look.

Sue Emry is Executive Vice President of Envirotech Vehicles. She was asked about the importance of port access for EVT’s site selection. “The plant’s proximity to the Mississippi River, railroad and access to the port of Osceola is well-suited for the efficient transport of our electric trucks and vans,” Emry said. “Having a sustainable way for EVT to transport our electric commercial vehicles was a major factor in selecting a site location,” she explained. 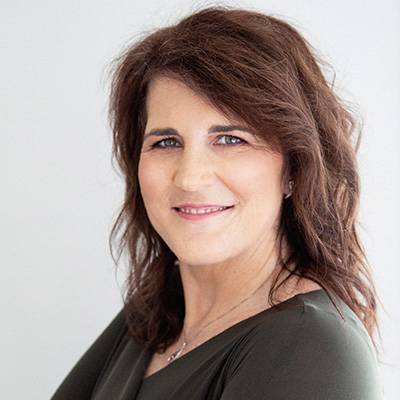 The port will be used both for import and export. Vehicles will be imported for final assembly and then shipped out to regional and international markets.

James Bell is Vice President, Construction, for U.S. Steel. Scrap metal and virgin metallics, such as pig iron and HBI (hot briquetted iron), are the new plant’s raw material. Bell said “there is a huge transportation cost benefit” with waterways transport. He said the company unloads, on average, about 125 barges per month in Osceola. Twenty percent of finished steel coils ship via barge per month, totaling about 500 barge shipments per year. In three years, shipments will increase to 1,000.

For upcoming construction, the river is critical to USS’s inbound construction logistics. Machinery and equipment will be delivered by barge and unloaded directly on site. This is easier and more efficient, Bell explained, than applying for the permitting required for oversized highway loads. The availability and necessity of this kind of transport, and its value, can be overlooked in a cross-modal comparison.

Caldwell said dredging is a constant focus for the Commission. The waterways are critical for the agricultural sector. Interestingly the Commission’s work falls within three ACE Districts: Little Rock, Memphis and Vicksburg.

Tennessee Tombigee (the Ten-Tom)
Mitch Mays is Administrator for the Tennessee-Tombigbee Waterway Development Authority. Mays was asked about some top issues for the Tenn-Tom, which flows for 234 miles, starting in southern Tennessee, at Pickwick Lake, and joining the Tombigbee River at Pickensville, Ala.. From there, the Tombigbee River flows to Mobile, Ala., and access to the Gulf of Mexico.

Mays cited three challenges. One is the increase in energy and fuel costs. Second, rising interest rates, which could impact private sector investments. Third is the constant demand for maintenance. Mays gladly noted the federal government’s record spending on infrastructure; but he noted further – that probably won’t last forever.

Mays expects two important projects to start in 2022. Funding was appropriated for an Army Corps navigation improvement study, which will hopefully lead to increasing the Tenn-Tom channel depth from nine to twelve feet. The study should be finished in two to three years.

The second project is more tentative, still awaiting funding, Mays said. This project would authorize barriers to prevent Asian carp migration, first reported in 2020. Recreation is a high priority across the Tenn-Tom system. 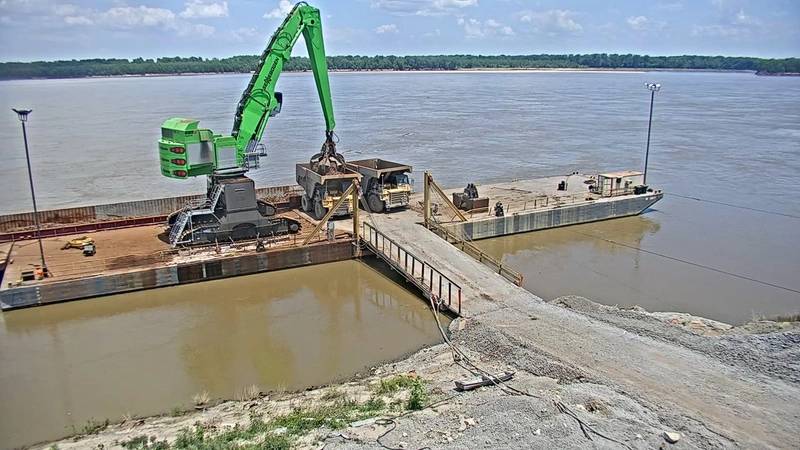 Scaggs said that just about every company he works with asks about ESG (environmental, social and governance) initiatives at local, regional and state levels. “Part of our job,” he said, “is to point out the benefits of the waterway and other assets as it relates to ESG. We see more and more interest in waterway borne transportation.” He added that “even before $5 a gallon diesel companies have been looking to manage their logistics costs and water borne transportation is amongst some of the most efficient.”

Critically, the Tenn-Tom links to the international port of Mobile. Scaggs said heavy industry clients, “more often than not,” want to know about access to the Gulf of Mexico. The NMIDA team emphasizes that the inland waterways work as a system, directly connecting the Port of Mobile with cities as distant as Cincinnati and Pittsburgh.

Workforce
In discussions with waterways business leaders, workforce availability remains a top issue. COVID-19’s impacts have not yet faded away. According to the U.S. Bureau of Labor Statistics (BLS) overall employment of water transportation workers is projected to grow 12% from 2020 to 2030, faster than the average for all occupations. For the inland waterways, however, that projection is 25%!

Paducah, Ky. is surely the central city among these central waterways. In 2018 MARAD opened an Inland Waterways Gateway office in Paducah. Some of the top towboat and barge companies in the Nation are headquartered there or have major regional operations.

Paducah is also home to West Kentucky Community and Technical College (WKCTC), a regional training center, and a highly recognized one. The College was named a MARAD Center of Excellence for Domestic Maritime Workforce Training and Education in 2021, one of just 27 schools so honored.

“The designation validates the quality and rigor of our academic program. Many of our workforce training programs are United States Coast Guard approved,” said Kevin O’Neill, WKCTC’s vice president of regional workforce training and economic development.

O’Neill said that many students are already waterways employees. Schedules are deliberately kept flexible, and a lot of work is completed online, allowing schoolwork to align with work tours. Students enroll on their own, of course, but the College also trains employees sent by employers, and not just Paducah employers – the training programs are mobile. Additionally, the College, again working with waterways operators, offers a “second chance” program for regional jail inmates soon to be released and needing skills and employment.

Ron Robbins is the College’s Marine Technology Program Coordinator/Instructor. He said that enrollment took a hit at the onset of COVID. “It is starting to rebound,” he said in an email, “both with new students and those who paused their studies.”

O’Neill said that since the pandemic has receded contacts have increased from employers seeking training programs.

Robbins said the most popular program track is Marine Logistics Operations, a switch from Wheelhouse Management. He said logistics concepts are useful both for vessel and shoreside workers.

Employee development is not the same as workforce development. The former is more singular, the latter references groups of people preparing to start a career. Workforce development for the Inland Waterways will remain a challenge. It’s an effort that needs to intensify and scale up, a problem made worse because employee turnover is high. This is not new, but it is compounded by other social and economic factors, from COVID to a competitive job market.

Robbins was employed by a major towing company for 23 years. He has direct towboat experience. Robbins was asked: for how many of those years was it difficult to find deckhands? His answer: “Twenty-three years.”