Damen and Sea Machines Robotics today signed an alliance that has the promise to help fast track maritime autonomy, an agreement to further investigate the adoption of collision avoidance functionality on board of Damen vessels. Specifically, Damen will incorporate Sea Machine’s autonomous and wireless-helm technologies as standard features in Damen’s global vessel build catalog.

Damen Shipyards Group has been investing in autonomous shipping technologies, and this agreement signals the “next phase” by establishing a strategic alliance with the Boston-based company, an alliance that aims at speeding up the adoption of several navigating technologies to increase autonomy levels on Damen-built vessels.

In an exclusive interview with Maritime Reporter TV (see video link below) in advance of the announcement, Toine Cleophas, manage programs at Damen said “We started about six or seven years ago looking into autonomous sailing, because more and more clients were coming to us, asking for functions related to higher autonomy levels. Our eyes were on Sea Machines because their readiness level is, in my opinion, very high.” 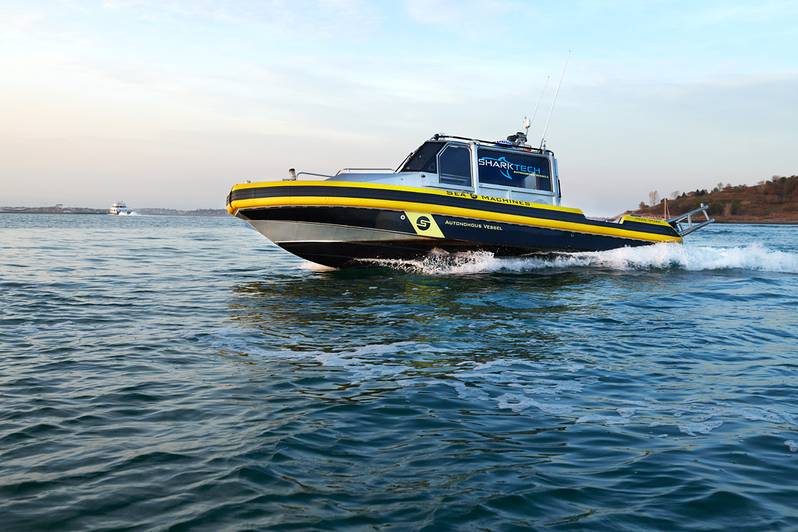 The collaboration forms a part of Damen’s R&D program Smart Ship, and to start Damen will integrate the Sea Machines system into its simulation program to check in advance on integration issues, and also to give its broad base of clientele operational experience with the “Sea Machines solution onboard,” said Cleophas.

By participating in this alliance, Damen will first adopt the Sea Machines SM300 autonomous-command and remote-helm control technology in its test environment. This way it is possible to predict the integration complexity and system performance on any kind of Damen vessel. By adopting this solution in software models, a digital twin of the ship becomes reality and will display the benefits of autonomous technology even before it is installed on board.

“As a young company, we aligning with a respected company as Damen means a lot for us,” said Frank Relou, Sea Machines.  “The products that we have covered under this agreement are both our SM 200 remote help command system and our flagship product, the SM 300 autonomous command system. And the autonomous command capabilities include autonomous transit behavior as well as collaborative autonomy for unmanned daughter craft operations.”

“Customers can leverage reduced crew or unmanned vessel operation, which can greatly increase their productivity of persistent work boat operations or remove personnel from hazardous marine work environments,” said Relou. “Across all industry autonomous systems, automate manual repetitive and tedious tasks, allowing humans to focus on higher level operations with reduced risk. The things that set us apart is that we have a clear focus on products and we have been developing our systems so that it can be easily integrated with the diverse world fleet on all vessels types.”

Wärtsilä will supply the engines for two new pusher tugs being built for the Brazilian operator Hidrovias do Brasil at the Uzmar Shipyard in Turkey.