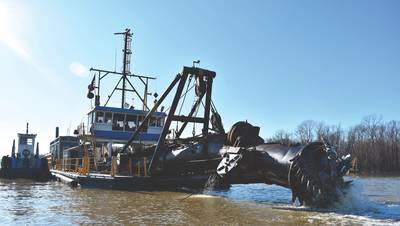 The Congress worked hard and most importantly together at the end of the recently-concluded First Session in December to finalize and pass Fiscal Year (FY) 2020 appropriations that included the Energy & Water Development (E&WD) Appropriations bill that funds the U.S. Army Corps of Engineers’ (Corps) work on the nations’ waterways.

By law, 60 days after the President signs the E&WD appropriations bill, the Corps must release a Work Plan that shows specific allocations for funding projects. That FY20 Work Plan should be released around February 10, the day the President is expected to release his FY21 budget.

The FY20 E&WD funding levels the Corps and the Office of Management and Budget (OMB) will be working with as they develop the Work Plan are as follows:

The Corps’ Civil Works mission received $7.65 billion, $652 million above the FY19 enacted level and $2.69 billion or 54% above the OMB’s insufficient budget request. Congress also agreed to adjust the Construction cost-share for Chickamauga Lock (Tennessee River) as they did in FY19, but in FY20 to 65% General Revenue funding/35% Inland Waterways Trust Fund (IWTF) for one fiscal year. This change enables full and efficient funding of all ongoing construction projects which will advance their delivery completion, drive down final project costs, and deliver benefits to the national economy years sooner.

The Corps’ Construction account received $2.68 billion or $1.37 billion more than the President’s FY20 request, and $498 million more than the FY19 enacted level. The FY20 bill utilizes full-use of the estimated receipts of the IWTF plus some additional prior-year revenues to yield a lock and dam modernization investment of approximately $335 million (more than tripling the President’s FY20 funding request of just $111 million).

The Corps’ Operations & Maintenance (O&M) account received $3.79 billion, which was $1.86 billion above the President’s FY20 budget request (essentially doubling the amount in the budget request) and which is the seventh consecutive year of record-level funding for the O&M account.

Harbor Maintenance Trust Fund (HMTF) projects received $1.63 billion, which was an increase of $665 million above the President’s FY20 request. Congress met and exceeded – by more than 11% – the HMTF target set by the Water Resources Reform and Development Act of 2014.

The Investigations account funding level is $151 million, which is $74 million above the FY20 Administration request (roughly double the Administration request) and $26 million above the FY19 enacted level. Included in the President’s budget, as well as the FY20 bill, is Preconstruction Engineering Design (PED) funding for the Three Rivers Project in Arkansas at $1.5 million. An additional $9.75 million is dedicated to PED and other project-specific study activity for inland projects above the allocation for the Three Rivers project. Senate report language directed $4.5 million for PED for the Navigation & Ecosystem Sustainability Program (NESP) in FY20 and WCI believes that this funding for NESP PED should be included in the FY20 Work Plan.

Until the Corps’ Work Plan is released, WCI has announced its Goals & Objectives for 2020 as follows:

On the issue of imposing additional fees on commercial operators (and therefore shippers):

On a potential Infrastructure Package in Congress:

With regard to FY21 Appropriations:

WCI has a plan for 2020 and the opportunities this year for modernizing our inland waterways are as clear as 20/20.