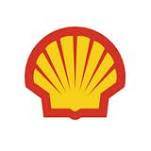 Royal Dutch Shell plc has announced it has agreed to sell its 8% equity interest in the Wheatstone-Iago Joint Venture and 6.4% interest in the 8.9 million metric tons per annum Wheatstone liquefied natural gas (LNG) project in Western Australia for a cash consideration of $1.135 billion to the Kuwait Foreign Petroleum Exploration Company (KUFPEC), subject to closing.

Shell Chief Executive Officer Ben van Beurden commented, “Shell will remain a major player in Australia’s energy industry. However, we are refocusing our investment to where we can add the most value with Shell’s capital and technology. We are making hard choices in our world-wide portfolio to improve Shell’s capital efficiency.”

The agreement with KUFPEC, an existing Wheatstone joint-venture partner, ensures there will be no impact on existing commercial agreements.

Norway's Hammerfest LNG plant is now expected to restart on May 23, six days later than the previous plan and further delaying…