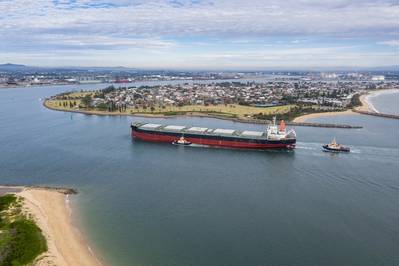 Imports and exports, counted together, rose to 1.218 billion tonnes from 1.210 billion tonnes in 2018, VDKI Managing Director Franz-Josef Wodopia said in an speech made available to Reuters, citing VDKI estimates.

Within the 2019 total, trade in coking coal used for steelmaking dropped by 1% to 287 million tonnes as steel production declined, the Verein der Kohlenimporteure estimated.

But trade in steam coal, used in power stations, rose by 1.2% to 932 million tonnes.

World demand growth was mainly led by India, where the start-up of new power plants pushed imports over by 5.3% to 235 million tonnes, delivered largely from Australia, Indonesia and China, VDKI said.

In large parts of the Asia-Pacific market, there is no alternative to coal, said VDKI, although noting South Korea received 7% lower imports after regulating to curb emissions of particulate matter.

By contrast, the Atlantic market was structurally weak due to a greater focus on renewable energy in developed countries making stronger efforts to try to combat climate change.

In addition, a natural gas glut made gas a relatively cheap alternative to coal in western Europe, with the benefit of cutting roughly in half the CO2 emissions compared with power generation plants run on coal.

The year 2019 was particularly bad for imports into Germany, VDKI said separately.

Longer term, the 2015 Paris Climate Agreement demands a virtual end to coal power by 2050, which country representatives must pursue after failing to decide on explicit steps at a December summit in Madrid.