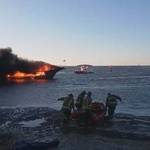 At least 15 people were injured when a fire engulfed a boat off the coast of Florida on Sunday, causing the 50 people aboard to jump into the Gulf of Mexico and swim to shore, local officials said. A preliminary investigation showed the fire broke out at about 4:17 p.m. 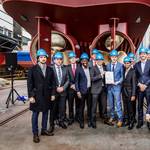 The world’s first Class approved 3D printed ship’s propeller, the WAAMpeller, has been unveiled following rigorous testing verified by Bureau Veritas at Damen Shipyard Group’s headquarters in the Netherlands. The groundbreaking propeller is the result of collaboration between RAMLAB…