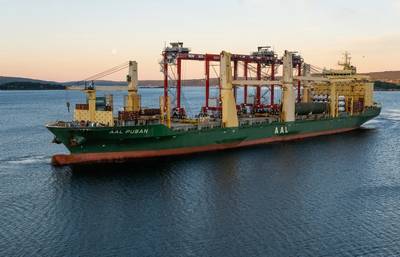 The four cranes had a combined weight of almost 700 tonnes and each measured 36 m in height and 28 m in length.- Credit: AAL

Shipping firm AAL Shipping has recently delivered four of the largest rubber-tyred gantry cranes (RTGs) in its history to the Port of Oslo, Norway.

The mobile cranes, measuring 36 m in height and 28 m in length, were transported from Taicang in China to Oslo on a single sailing aboard the 31,000 deadweight multipurpose vessel (MPV), the AAL Pusan.

The cranes were engineered and manufactured by Kalmar, part of Cargotec and Rainbow-Cargotec Industries Co. Ltd  (RCI) in Taicang, and will help to deal with the increased volume of container arrivals from Asia and Europe at Norway’s busiest port – a facility that handled 1.5 million metric tonnes of containers in 2019. The port handles approximately 80% of the country’s imported containerized goods.

The four cranes had a combined weight of almost 700 tonnes. Three of the cranes were fully erected and the fourth was loaded in parts, using the  AAL Pusan’s port-side heavy lift cranes (700 tonnes max lift).

They were transported from China to Norway along AAL’s monthly ‘Asia – Europe Trade Route’.

Eike Muentz, General Manager Europe, AAL, commented; “This particular cargo was booked through our Finland office in Porvoo – part of our expanding  European office network. Demand for regular and dependable services between Asia and Europe has grown exponentially in 2021, as markets rush to address shortfalls in scheduled development projects and shortages in general stock and commodity levels, depleted due to the pandemic lock-down of the past 18 months. In this sense, we are not just moving  project heavy-lift cargo like these cranes, but smaller breakbulk  parcels, general cargoes, dry bulk commodities, steel, and containers.” 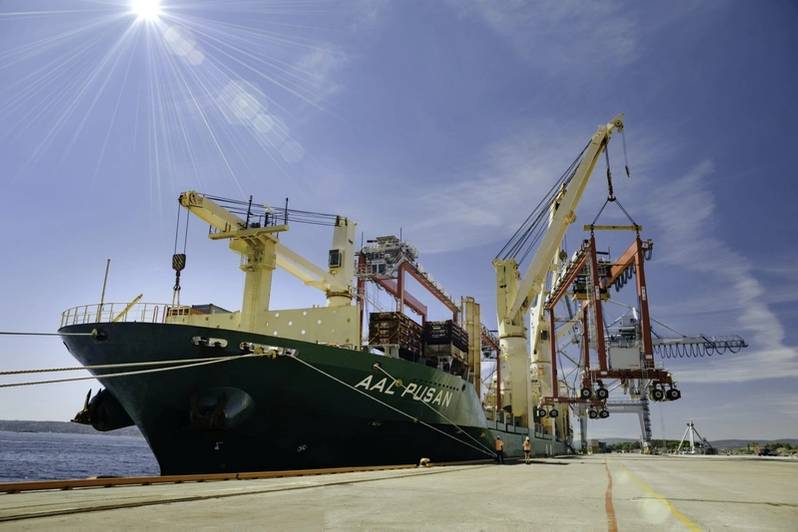