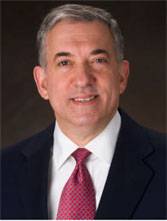 Paul C. Jensen, CEO of Halo Maritime Defense Systems (HMDS),announced the addition of the Honorable Jay M. Cohen, Rear Admiral USN (ret), as Chairman of the Board. Admiral Cohen is a native of New York. He was commissioned in 1968 upon graduation from the United States Naval Academy. He holds a joint Ocean Engineering degree from Massachusetts Institute of Technology and Woods Hole Oceanographic Institution and Master of Science in Marine Engineering and Naval Architecture from MIT.
His early Navy assignments included service on conventional and nuclear submarines. From 1985 to 1988 Cohen commanded USS HYMAN G. RICKOVER (SSN 709). Following command, he served on the U.S. Atlantic Fleet as a senior member of the Nuclear Propulsion Examining Board, responsible for certifying the safe operation of nuclear powered ships and crews. From 1991 to 1993, he commanded the submarine tender USS L.Y. SPEAR (AS 36) including a deployment to the Persian Gulf in support of Operation DESERT STORM. After Spear, he reported to the Secretary of the Navy as Deputy Chief of Navy Legislative Affairs. During this assignment, Cohen was responsible for supervising all Navy Congressional
liaison. In June 2000, Cohen was promoted in rank and became the 20th Chief of Naval Research. He served during war as the Department of the Navy Chief Technology Officer (a direct report to the Secretary of the Navy, Chief of Naval Operations and Commandant of the Marine Corps). Responsible for the $2B+/year Navy and Marine Corps Science and Technology (S&T) Program (involving basic research to applied technology portfolios and contracting), Cohen coordinated investments with other U.S. and international S&T providers to rapidly meet war fighter combat needs. After an unprecedented five and a half year assignment as Chief of Naval Research, Rear Admiral Cohen retired from the Navy on February 1, 2006. Unanimously confirmed by the US Senate, Cohen was sworn in as Under Secretary for Science & Technology at the Department of Homeland Security (responsible for DHS Research, Development, Test and Evaluation) on August 10, 2006 (the day of the British Airways liquid explosive plot in England). His success at DHS is documented in a recent National Geographic TV special “Hi- Tech War on Terror” that documents the high risk/high gain innovation portfolio which Cohen put in place to make the nation safer. The current administration continues to build on this solid foundation. Since leaving government, Rear Admiral Cohen is now a principal in The Chertoff Group and serves on numerous corporate boards.
“We are honored to have someone of Jay’s caliber on the Halo team and of particular note is the fact the Admiral Cohen was the first to facilitate installation of physical sea barriers for the US Navy in the aftermath of 9/11,” said Jensen. Bradley Rotter, an investor in Halo and it’s outgoing Chairman added, "Admiral Cohen's vast background as Chief of Naval Research and as DHS Undersecretary for S&T is invaluable to the Halo mission and Jay's innate leadership will catalyze the company as we enter a significant growth phase."