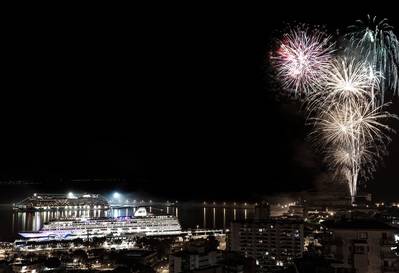 AIDAmira is the fourth ship in the AIDA Selection program, sailing longer itineraries to exotic locales, similar to her function for Costa.

After a debut cruise in the Mediterranean until December 4, 2019,  the cruise line will take the new Selection ship to Sète in the south of France, the Catalan metropolis of Barcelona, and back to Palma de Mallorca.

From May to September 2020 the AIDAmira will be sailing from Corfu on cruises in the Eastern Mediterranean.

The itinerary takes in Athens, Santorini, Crete and Brindisi in Apulia. A separate itinerary calls in Malta, Sicily, Crotone in Calabria, Olympia and Cephalonia. The two routes can be combined, and booked as a 14-day cruise.