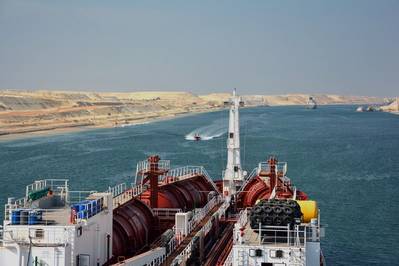 An algorithm has been developed to schedule transit vessel traffic in two-way waterways where safe distances between transiting vessels must be maintained and passage restrictions may hold. It limits the negative effects of the safety constrains on cargo volume throughput by finding schedules which increase the utilization of these waterways.

The potential of this algorithm has been demonstrated on a plausible model of the Strait of Istanbul, and also the Suez Canal has been identified as a waterway where the algorithm could increase the volume of goods transported.

Additionally, cross traffic and traffic joining and leaving the waterway at junctions can be scheduled with the algorithm. This is especially useful in congested waters with a high risk of collisions like the Inland Sea of Japan where the main fairways intersect with the fairways used by coasters—schedulable vessels which sometimes join and leave the main fairways abruptly.

The main features of the algorithm are:

As such, the algorithm allows for a more structured traffic flow in waterways, which enhances the fairway safety without large investments in infrastructure, has the potential to increase the efficiency of shipping services, and helps to reduce the carbon footprint. This will be of most interest to port and vessel traffic management authorities and thereby to suppliers and developers of Vessel Traffic Management & Information Systems (VTMIS).
The algorithm is found in Sluiman, F. J. (2017), Transit Vessel Scheduling, Naval Research Logistics, 64, 225-248, DOI: 10.1002/nav.21742. This article also provides examples as well as a concise notation to precisely model passage and distance constraints in two-way waterways.
The Author
Dr. Ir. Sluiman is an independent researcher from the Netherlands. Email: sluiman@hotmail.com.