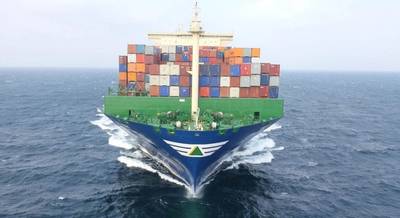 Under the name “Korea Shipping Partnership (KSP)”, the new shipping consortium will be led by Hyundai Merchant Marine (HMM) and supported by Korea Shipowners Association (KSA).
HMM, Pan Ocean Co. and 12 other shipping companies that are mainly involved in routes in the Asian region will cooperate to boost their profitability on routes to Vietnam, Indonesia and other countries through restructuring efforts.
Under the terms of agreement, they will cooperate to improve their collective strength through various measures including increasing shared cargo capacity, adding new shipping routes and co-managing overseas terminals.
The KSP will establish operational guidelines by the end of this year with an aim to launch full-fledged operation in January. The secretariat works will be handled by KSA.
The Korean shipping industry has been suffering since the demise of Hanjin Shipping, once the world’s seventh biggest container carrier. Hanjin declared bankruptcy last year and was liquidated.