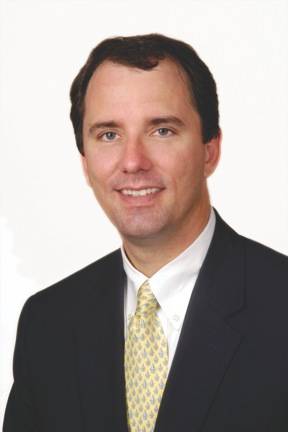 Mr. DeMarcay is a partner in the law firm of Fowler Rodriguez Valdes-Fauli. Based in New Orleans

Do they save you time, money, and aggravation?

Over the last decade, the legal community has embraced alternative dispute resolution modalities, such as mediation and arbitration, as tools to resolve disputes between litigants.  Both of these options can be very effective in quickly resolving claims. That said, it is prudent to consider other methods before entering into any such agreement. Mediation and arbitration can be very positive for the company, but blindly agreeing to arbitrate a claim may cost your company hundreds of thousands of dollars in costs, limit your ability to defend yourself, and eliminate the ability to appeal an erroneous decision.

• Mediation and Arbitration: understanding the differences

Although many people lump mediation and arbitration together as similar dispute resolution tools, they are completely different methods of dispute resolution. Mediation is a non-binding procedure that allows litigants an opportunity to present their ideas to both the other party and a non-partisan mediator who is tasked with the job of working through the issues with the parties. The goal is to have each party get a better understanding of the other party’s position and negotiate a mutually agreed upon settlement of the claim. Since this process is non-binding, the parties are free to ignore the recommendations of the mediator, proceed forward with the matter, and “have their day in court.”

A mandatory pre-suit mediation provision in a contract is often useful in helping companies avoid the expense associated with litigation. The costs related to the mediation are usually relatively small, while the savings associated with avoiding litigation are very high. Therefore, companies do not have anything to lose by trying to resolve the claim short of filing a lawsuit.

Many companies include arbitration provisions in their contracts believing that arbitration is cheaper, more efficient, and less disruptive than a traditional trial. Although all of this could be true, in many cases, it is not. In fact, arbitration can be much more expensive and final than a traditional court case. As such, and certainly before agreeing to such a provision, consider and weigh all other options.

Once the arbitration panel is selected, the panel will manage the process of defining the issues, authorizing discovery, conducting motion practice, requesting pre-hearing and post-hearing briefs, conducting the arbitration hearing (trial), and rendering a final decision. During this entire process, the arbitration panel is billing the litigants on an hourly basis. As most arbitrators are highly accomplished and seasoned attorneys, these fees are significant and always due in advance. From our experience, the arbitrator fees for a moderately complicated commercial matter with a one-week hearing could cost roughly $300,000. As such, the price of admission for using arbitration as an alternative dispute method is very high.

The next important difference relates to the amount of discovery (exchange of information) that is allowed through the process.  In court, parties are able to request information, without court approval, on any topic that is relevant to the alleged issues that are germane to the proceeding.  The court only gets involved when one of the parties allegedly requests irrelevant or privileged material.

On the other hand, in the arbitration setting, the panel regulates the process of discovery and discovery is only approved upon a showing of relevance and need.  Although this process serves to lower costs by avoiding litigants’ witch hunt for information, it also severely limits your ability to evaluate the other side’s positions and evaluate their supporting evidence.  If a party does not like the discovery ruling issued by the panel, there is no recourse and the parties are bound by the panel’s ruling.

You may be able to save money by the panel limiting the scope of discovery.  However, you may also be limited in your ability to seek the information that you need.  From our experience, we do not usually find significant discovery costs are saved with arbitration, as the panelists will generally allow the requested discovery if a party can show a need for it.  The process of petitioning the panel for the requested discovery probably cancels out any cost savings.

Another big area of difference relates to the costs of the proceedings. In the court setting, the fees are limited to those of filing fees and any jury fees that may be due under the rules. Increased arbitration costs include the costs of paying the expenses of the panel, procuring a court reporter, and securing a location for the hearing.

With regard to the panel, most often, these panelists do not live within the area that the hearing will be held. As such, the parties are responsible for the travel and lodging expenses of the panel. If the hearing will last for more than a few days, these expenses can be considerable.

In an arbitration, the hearing needs to be held at an agreed upon location. Sometimes the parties are able to agree to conduct the hearing at one person’s office, but often the parties are unable to agree to a “free” location. Under that situation, the parties will have to cover the cost of procuring adequate space in a hotel, conference center, or vacant office space. All of these options significantly increase the costs of the proceeding. Under the traditional court system, these costs are usually covered by the court.

The most important difference relates to the finality of the panel’s ruling.  In the traditional court setting, the losing party always has a right of appeal to a court of appeals tasked with reviewing the evidence and ruling of the trial court. In the arbitration setting, there is no process of review and the decision of the panel is binding and enforceable upon the parties. Everyone is human and lawyers, judges, and arbitrators all make mistakes from time to time. Prior to agreeing to an arbitration provision, make sure that you are comfortable going forward without the possibility of judicial review. If you are, the elimination of an appeal is certainly a significant cost control provision.

Due to the differences between traditional litigation and an arbitration, large entities gain a significant advantage over smaller entities. First, large entities can easily shoulder the costs associated with litigating before an arbitration panel. Second, they are also less likely to suffer any significant harm to the company in the event that the arbitration panel makes a mistake. As our industry supports entities ranging from international economic powerhouses to companies that operate one or two boats, it is important to understand the ramifications of agreeing to arbitration clause when executing a contract.

Under certain conditions, an agreement to use arbitration as an alternative dispute resolution tool can be a valuable and efficient method of resolving commercial disputes between sophisticated litigants. The process allows for the selection of arbitrators that have specific expertise, can understand complicated issues, and have the time to spend understanding the specific factual and legal issues that are relevant to a particular claim.  However, arbitrations can also be expensive, difficult to control, and a significant risk as there is no potential judicial review.

Despite the pitfalls, the inclusion of a pre-suit mediation clause or an arbitration provision can provide an efficient framework for the expeditious resolution of claims. However, make sure that you fully analyze the situation before agreeing to such a provision. - MN

Mr. DeMarcay is a partner in the law firm of Fowler Rodriguez Valdes-Fauli. Based in New Orleans, LA, Larry is admitted to practice in Louisiana, Texas and Florida. His areas of practice include Commercial Litigation, Admiralty, Personal Injury, Transportation, Real Estate, Construction and Corporate Law. Mr. DeMarcay received his B.A. from the University of Florida, M.B.A. from The George Washington University and his law degree from Loyola University. Prior to attending law school, Mr. DeMarcay served on the Washington based legislative staff of Congressman Jimmy Hayes. On the WEB: www.frvf-law.com