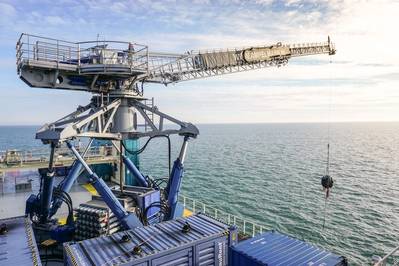 Under the contract, Ampelmann will supply its E1000 motion compensated system to the marine transportation and towing company Otto Candies to facilitate operations during the construction of the South Fork, Revolution, and Sunrise wind farms - three commercial-scale wind farms in the north-east US Atlantic.

"This marks an important turning point for the company and will see the introduction of Walk to Work (W2W) to the American renewable energy sector," Ampelmann said. 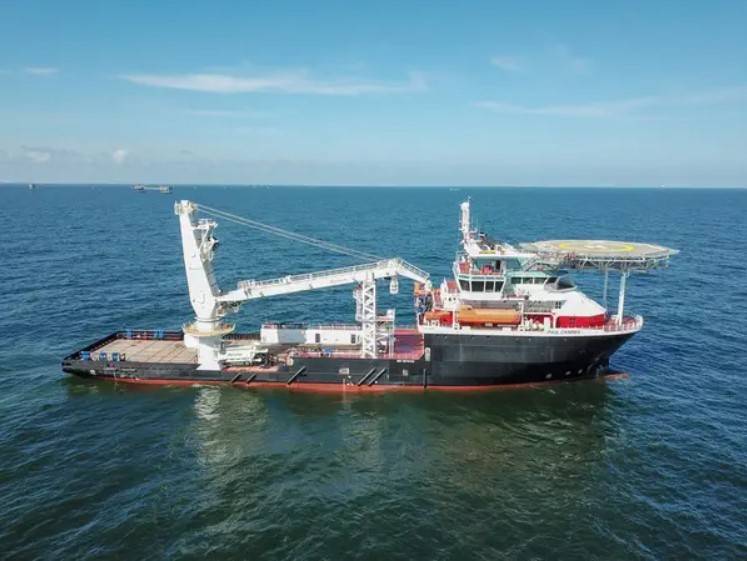 In Q3 2023, the E1000 will be fitted to the Inspection, Maintenance, and Repair vessel (IMR), Paul Candies, to support the hook-up and commissioning of turbines. As the system compensates for all six degrees of freedom in relation to the vessel and turbine, it will enable safe, consistent, and reliable offshore access in sea states of up to 4,5m Hs during its year-long operation, Ampelmann added.

Apart from enabling safe access for personnel, the system will also be used to hoist cargo, equipment, and tools up to a tonne and the gangway’s fuel transfer capabilities will allow for the testing of the generators and turbines.

"By converting the Paul Candies into a W2W vessel, the E1000 will enable the servicing of multiple turbines at once, greatly increasing the speed and efficiency of operations," Ampelmann said.

"Ampelmann has more than a decade of experience in the American offshore access market and a nearly 15-year global track record in the offshore wind sector. Over the last 10 years, motion-compensated systems have become a well-known feature of the American oil and gas sector, but this will the first time that the E1000 will be used in the US offshore (wind) market," the company said.

Horizon Europe, the EU's key funding program for research and innovation, will fund the Ship-aH2oy project aimed at developing…