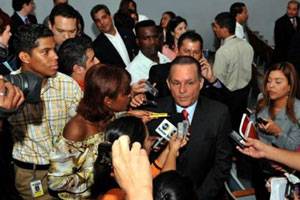 Grupo Unidos por el Canal, composed of Sacyr Vallehermoso S.A., Impregilo S.p.A., Jan De Nul n.v. and Constructora Urbana, S.A., was one of three consortia vying for the contract and determined the winner through a fair, rigorous and transparent process put into place by the ACP.