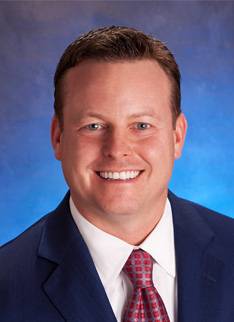 In response to the Government of Canada’s announcement of a series of enhancements to strengthen the National Shipbuilding Strategy, Seaspan Shipyards’ president Brian Carter issued a statement commending the government’s efforts and reinforcing the shipbuilder’s role in producing ships for the Canadian Coast Guard and Royal Canadian Navy.

“We are pleased to receive the Government of Canada’s support for the National Shipbuilding Strategy, and applaud its commitment to continuous improvement,” Carter said. “We take great pride in our role as a trusted and reliable partner to Canada to build its National Shipbuilding Strategy Non-Combat vessels for the men and women of the Canadian Coast Guard and Royal Canadian Navy.”
“Through the National Shipbuilding Strategy, Seaspan will continue to grow a shipbuilding center of excellence on Canada’s West Coast that is already delivering significant results to Canada, its taxpayers and an increasing number of Canadians who are choosing shipbuilding and ship repair as a career. To date, Vancouver Shipyards has awarded more than $400 million in contracts to suppliers in Canada, with more than 160 Canadian companies having already benefited from these investments.”
“We are seeing great progress and continuing momentum on the production and delivery of the first two Non-Combat ships – the first and second Offshore Fisheries Science Vessels (OFSVs) – at Vancouver Shipyards. Construction on the third OFSV is slated to begin later in 2016.”
“In the meantime, our Engineering, Planning and Procurement Teams are all fully engaged and working hand-in-hand with the Canadian Coast Guard and Royal Canadian Navy to continue moving the Offshore Oceanographic Science Vessel and Joint Support Ship programs though the necessary pre-production phases of engineering design, design for production, and the procurement of equipment and material.”
“Seaspan has a long and established track record of working with the Canadian Coast Guard and Royal Canadian Navy to build vessels for Canadians. We are committed to collaborating with our federal partner to support the implementation of its new enhancements to the National Shipbuilding Strategy.”