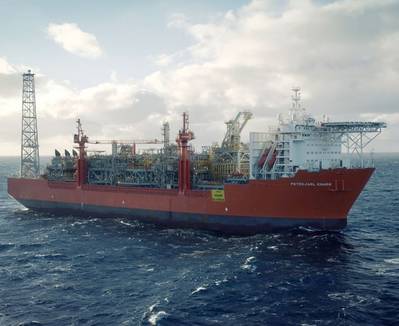 Teekay Corporation to complete sale of the Knarr FPSO and announces dividend increase of 75 percent
Teekay Corporation announced today that its board of directors has declared a cash dividend on its common stock of $0.55 per share for the quarter ended June 30, 2015, an increase of approximately 75 percent over the previous cash dividend of $0.31625 per share. The cash dividend is payable on July 31, 2015 to all shareholders of record as at July 17, 2015.
Teekay also announced today that it will complete the sale of the Petrojarl Knarr (Knarr) floating production, storage and offloading (FPSO) unit to Teekay Offshore Partners L.P. for its fully built-up cost of approximately $1.26 billion on July 1, 2015, subject to customary closing conditions. The FPSO has now completed the required operational testing to commence full charter rate under its long-term contract on the Knarr oil and gas field in the North Sea where BG Norge Limited (BG) is the operator.
In connection with sale of the Knarr FPSO, Teekay has agreed to invest $300 million in Teekay Offshore common units (and associated general partner interest) at a price of $20.83 per unit, which is based upon a volume-weighted average price mechanism. The common units will be received in mid-July 2015, subject to customary closing conditions and after the record date for Teekay Offshore's second quarter of 2015 cash distribution.
"We are pleased to announce these important milestones as Teekay Parent transitions into a pure-play general partner, which is largely complete with the expected consummation of our largest dropdown sale to-date and the implementation of Teekay Parent's new dividend policy," commented Peter Evensen, Teekay Corporation's President and Chief Executive Officer. "The anticipated dropdown sale will result in a reduction of Teekay Parent's net debt by almost $1 billion. In addition, we are implementing Teekay Parent's new dividend policy with an initial increase of approximately 75 percent to $0.55 per share, or $2.20 per share annualized, with future increases linked to the growth in the dividend cash flows we receive from our daughter entities."
Evensen added, "Based on a robust pipeline of approximately $6.3 billion of known committed growth projects at Teekay LNG and Teekay Offshore and with both partnerships continuing to pursue new growth opportunities, we are targeting Teekay's dividend to grow by an average of 15 to 20 percent per annum for at least the next three years."