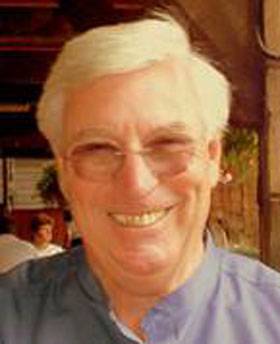 Zenith Maritime announced that Capt. David Yell has joined its faculty of 17 instructors across the country.  Captain Yell will specialize in teaching those seeking advanced licenses, above the 100 ton Master level.

Educated at HMS Conway nautical college in the UK, Yell graduated with honors and received the annual prize for the proficiency in the management of boats. He followed a 24 year career path of Cadet through Master (14 years as Captain) in the merchant service specializing in refrigerated cargos on worldwide voyages. During this time he also completed his obligation in the Royal Navy Reserve and served on several Royal Navy vessels. He holds a UK Master Mariner license – foreign going steamship (unlimited) and UK Extra Masters in Naval Architecture, Physics, and Navigation.

Yell also served as a marine superintendent for the Pacific Northwest for a large ship owning company; President of a terminal operating company in the Port of Seattle; Vice Chairman of global data and telecommunications for an international ship owner; national chair of technology group of the American Public Power Association; and owner of Ocean Technical Services.

He served as Navigator aboard the STA three masted Schooner ‘Sir Winston Churchill. Has owned and operated a small sailing and navigation school in UK . Additionally he owned, sailed, and raced several sailing boats from 30 to 50 ft in Europe and USA. In college he raced International 14, MSOD (20 ft), Fifes and Dragons as well as crewed on several off shore yachts in RORC races. Since 1978 he has explored the PNW in numerous sail and power boats. His present boat is a 58 ft auxiliary sailing vessel. Yell is a Member of the Bellingham Yacht Club and past Junior Advisor for the Corinthian Yacht Club Seattle.
Zenith Maritime trains mariners across the county for a variety of on the water jobs. Hundreds of Zenith graduates operate vessels throughout the world and received their licenses through courses that focus on teaching practical applications rather than test preparation. The school is approved by the United States Coast Guard and as such tests on site.