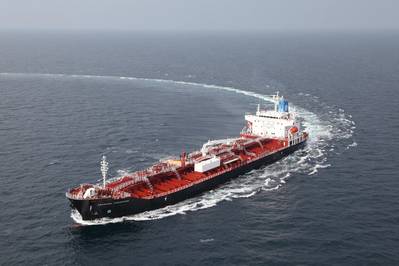 Ardmore Shipping Corporation announced a new partnership with Carl Büttner, taking on the commercial management of four chemical tankers on behalf of the Bremen-based shipowner.

Gernot Ruppelt, chief commercial officer, Ardmore Shipping, said, “This move also reflects our belief in the significant growth potential for more sustainable, non-fossil fuel cargoes, which already makes up 25% of our business. The energy transition is driving greater demand for non-fossil cargoes. In joining forces with Carl Büttner, we have strengthened our platform when it comes to meeting customers’ needs for the movement of chemical cargoes, which will benefit both partners mutually.”

“We believe there is a lot of aligned thinking between Büttner and Ardmore,” said Thorsten Mackenthun, managing director, Carl Büttner. “There is a strong match between our chemical tankers and Ardmore’s global presence and strong track record in the chemical and vegoil markets.”