Asian Piracy Is on the Rise 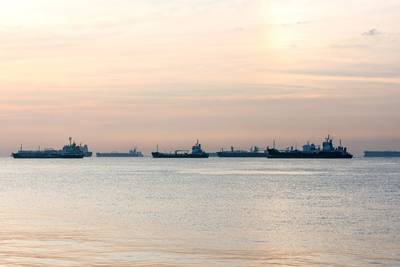 Piracy and armed robbery against ships is on the rise in Asia, ReCAAP ISC reveals in its latest monthly report.

In October, nine incidents of armed robbery against ships and no piracy incidents were reported in Asia. With these, the total number of incidents from January to October was 84, a 35% increase from 62 over the same period in 2019, and the most reported since 2016.

ReCAAP ISC expressed concern over the overall increase of incidents in Asia, particularly regarding the continued occurrence of robberies and thefts in one of the world's busiest shipping lanes, the Singapore Strait, including six reported in October and 28 total for the year to date.

This year has also seen an increased number incidents in Bangladesh, India, the Philippines, Vietnam, South China Sea, elevating security concerns for mariners across the region.

The growing number of vessel attacks in Asia is part of a wider global trend. Crew kidnappings and violent attacks on vessels off West Africa have soared in 2020, according to the ICC International Maritime Bureau (IMB).